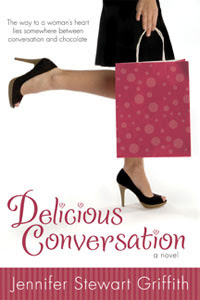 Susannah Hapsburg is totally ready for Plan C. Plan A was to get married at 22 and have a passel of kids. Still unmarried and 31, that option is out. Plan B was to work her way up the corporate ladder. However, the company she devoted eight years to just went bankrupt, giving her a bad taste for the corporate world. Which leaves her with Plan C.

With the support of friends, Susannah puts her future on the line to open up downtown Salt Lake City’s first all-chocolate café, The Chocolate Bar, a place where scrumptious conversations and delectable desserts abound.

In the midst of all this, social turmoil hits Susannah when she catches the interest of the city’s most eligible bachelor just as her long-lost love returns to town—with intentions of marrying anyone but Susannah. 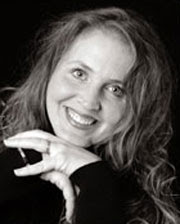 Jennifer Stewart Griffith was born in Logan, Utah and raised on a dairy farm in Cache Valley. She studied English at Utah State University. During that time she also traveled through Europe with her roommates, spent a year on two U.S. Senate campaigns, and served as a missionary in the Japan Tokyo North mission.

After graduation she worked on Capitol Hill in Washington, D.C., where she met Gary Griffith, her own Mr. Right. They now live in Arizona, where Gary is a judge and they are raising their four young children. 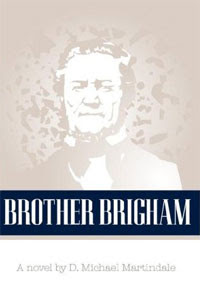 Like many young boys, C.H. Young grew up with an imaginary friend. In C.H.’s case, it was his ancestor Brigham Young–or rather, “Brother Brigham,” as C.H. knew him. During C.H.’s formative years, Brother Brigham filled the boy’s head with grand expectations of an important mission in life.

Now grown up with a wife and two young sons, C.H. has sacrificed his dreams to earn a living for his family. Brother Brigham is just a distant memory–until one day he returns in a most unexpected way. As Brother Brigham’s appearances and instructions grow increasingly bold, C.H. struggles to hold together his faith, his marriage, and his sanity. 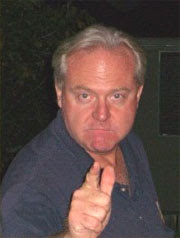 D. Michael Martindale was born in Minnesota, where he developed a taste for science fiction and a love for telling speculative stories. After serving an LDS mission in Frankfurt, Germany, he settled in Utah.

D.Michael has served on the board of the Association for Mormon Letters and has written a number of articles and book and film reviews for the literary journal Irreantum. He worked as a staff writer for The Sugar Beet, a publication of LDS satire, and he composed the contemporary opera General Prophet Joseph Smith, which he produced on CDs. He has written several science fiction short stories and the novel Brother Brigham, which he categorizes as “LDS speculative fiction.”

He has several other novels in the works, but his true love is film. He is currently composing the screenplays Quantum Love and Mary and Joseph, and is adapting his opera General Prophet Joseph Smith to the screen.

D.Michael currently resides in Sandy, Utah, and is the father of three children.

Ride to Raton by Marsha Ward 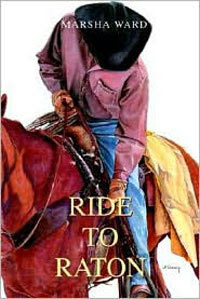 Will a journey to Santa Fe for a young man and his unintended bride end in marital bliss or disaster?

Estranged from his family, James Owen leaves home to make a new life for himself. The turbulent world of post-Civil War Colorado Territory is fraught with danger and prejudice that increase his bitter loneliness as personal setbacks threaten to break him. Then James’s journey brings him into contact with another wayfarer, beautiful young Amparo Garces, who has come from Santa Fe to Colorado to marry a stranger. Through a twist of fate, their futures are changed forever when their lives are merged in a marriage of convenience. James and Amparo undertake a hazardous horseback trek over Raton Pass to Santa Fe, battling their personal demons, a challenging language barrier, and winter’s raging storms. Will their journey end in life or death?