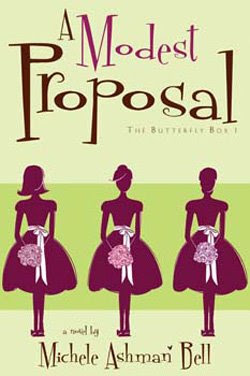 All my life I had dreamed of changing the ordinary girl’s world of fashion by designing modest formal gowns—ones that you’d actually want to wear. With my super-hero stitching I would save you mothers and daughters crying in dressing rooms over yet another “the straps are just too small” prom dress. Don’t worry, I even thought of a catchy tagline for my brand: “Modest Is Hottest.” I told you I was good!

So I moved to New York and am finally living that dream … well, almost. I am at one of the top fashion companies, and my designs are definitely modest—but let’s face it, when it comes to outerwear, would you want to buy a skimpy trench coat? Didn’t think so.

Even though I don’t have my dream job, my family is a mess, and my love life stinks, I have a feeling things are going to change. I mean, they have to soon, or I’ll be forced to marry Jace. I did promise to become his wife only if I turned thirty and was still single, but I honestly didn’t think it was possible. Now twenty-nine, I’m cutting it way too close. Right now I’m flying back to Utah for our Butterfly Girls reunion. And since it is the Mormon Mecca, I might find myself a modest proposal. Utah engagements can take mere weeks. Never mind, I’m not that desperate. Really.

But maybe the girls can help. We’ve been best friends since high school. We Butterfly Girls are not the typical Pink Ladies, although we’ve definitely had our share of drama. We’ll laugh and cry over memories, from pageant glory to tragic endings, but the ones stored inside our butterfly box will surprise you most. We only open it when we’re all together, and our lives never seem the same after. 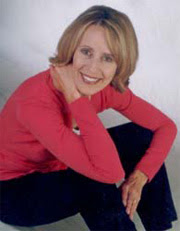 Michele Ashman Bell: What can I say, I’m a middle-aged mother of four, who, after ten years of hard work, perserverance and a lot of rejection letters, finally got a book published.

I grew up in St. George, Utah, where a lot of my family still lives, but now reside with my husband and family in the Salt Lake City area. My favorite thing to do is support my kids in their many interests. Between basketball, ballet and piano lessons we squeeze a lot into a week, but I wouldn’t have it any other way.

Freshman for President by Ally Condie 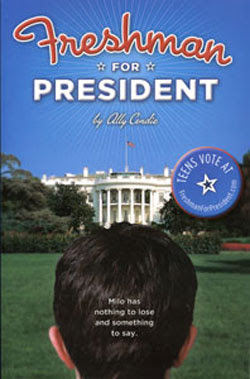 Fifteen-year-old Milo J. Wright and his best friend, Eden, are crazy to even consider participating in the election for President of the United States of America, aren’t they?

Never mind that Milo is twenty years too young. Never mind the fact that he’ll have to balance the election with school, his lawn-mowing job, soccer practice, and trying to understand girls. There are times in life when you just have to go for something, no matter how impossible, and this is one of those times. Not only does he have to redefine who Milo J. Wright really is, but he also has to decide what winning and losing really mean. 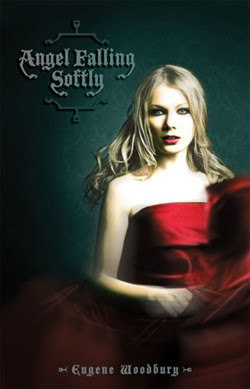 Over the past six months, Rachel Forsythe’s perfect life has descended from the ideal to the tragic. The younger of her two daughters is dying of cancer. Despite her standing as the wife of a respected Mormon bishop, neither God nor medical science has blessed her with a cure. Or has He?

Milada Daranyi, chief investment officer at Daranyi Enterprises International, has come to Utah to finalize the takeover of a Salt Lake City-based medical technology company. Bored with her downtown hotel accommodations, she rents a house in the Sandy suburbs.

And then the welcome wagon shows up. Her neighbors perceive her to be a beautiful, intelligent, and daunting young woman. But Rachel senses something about Milada that leads her in a completely different—and very dangerous—direction.

Rachel’s suspicions are right: Milada is homo lamia. A vampire. Fallen. And possibly the only person in the world who can save Rachel’s daughter. Uncovering Milada’s secrets, Rachel becomes convinced that, as Milton writes, “all this good of evil shall produce.”

As the two women push against every moral boundary in order to protect their families, the price of redemption will prove higher than either of them could have possibly imagined. 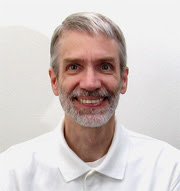 Eugene Woodbury was born and raised in the upstate New York community of Scotia-Glenville. After serving for two years in the Tokyo South Mission, he graduated from Brigham Young University with degrees in Japanese and TESOL.

His stories have appeared in the New Era, Sunstone, Cricket, American Gardener, and Clubhouse. He has twice been a Utah Original Writing Competition finalist and is a recipient of the Sunstone Foundation Moonstone Award for short fiction.

He lives in Orem, Utah, where he works as a freelance writer and translator. He can be reached via his website at www.eugenewoodbury.com.