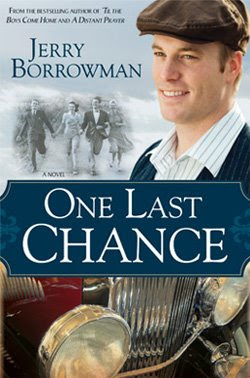 Artie Call can’t get a break. Orphaned during the Depression, he steals food to survive. When mischief lands him in juvenile court, he’s offered a home by fellow ward member, David Boone, but then suffers under Boone’s unkind and unyielding treatment.

After Artie helps the victim of a robbery gone bad, he’s abandoned by Boone and sentenced to juvenile hall. Then his luck and his life suddenly change. Mary Wilkerson, the feisty widow who was robbed, sees potential in Artie and takes him into her custody. Ray McCandless, the wise yet firm chauffeur, teaches Artie about cars, life, and the connections between the two. Under their care, Artie develops the desire and the ability to leave his past behind and grasp the hope in his future, which shines like Mary’s luxurious Dusenberg. But when cornered by old enemies, will he defend his honor with his life?

Jerry Borrowman masterfully combines emotion, morality, suspense, and humor in this tender coming-of-age story. Readers will struggle and rejoice with Artie as he discovers the value of integrity, the sweetness of family ties, and the reality of the American dream. And they will never forget the triumph that unfolds when a good boy with bad problems is given one last chance.