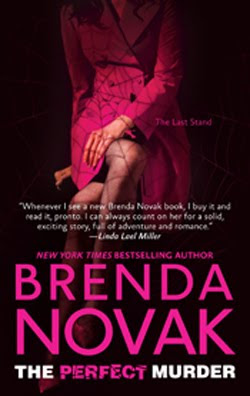 In trying to unravel the truth behind the murder of his ex-wife and son, Sebastian Costas has followed a ghost of a lead all the way to Sacramento. The evidence suggests a murder-suicide, but something he heard the week before the killings won’t allow him to accept that. He believes her second husband–a cop–killed her and the boy, then faked his own death. But proving it isn’t easy. He finally gets the break he needs when Jane Burke, an investigator with The Last Stand, calls him in connection with a separate crime–a crime that could lead him straight to the man he’s been looking for.

Once the wife of a serial killer, Jane has spent the past five years rebuilding her life and fighting against violence. The last thing she wants to do is fall in love again. But once she meets Sebastian, she’s determined to take that risk. She finally has a chance at happiness–if she can best the man they’re trying to stop before that man stops them.