The Ball’s in Her Court by Heather Justesen 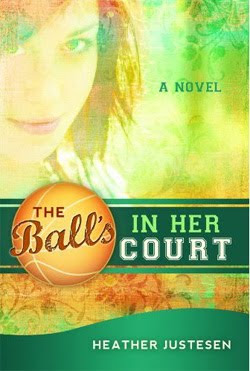 Growing up in the foster care system was no picnic, but after being adopted into a loving LDS family, playing college basketball, and launching her career in the software industry, Denise Dewalt finally feels as though she s left her former life behind her. What she doesn t realize is that she must confront her past if she ever wants to move on to a brighter future.

While her search for her biological family isn t an easy one, Denise s biggest fear is that even when she finds her family, she ll have nothing to give Rich, the only man who can see past the tragedies of her childhood. This emotional and inspirational story proves that life is full of unexpected twists and turns especially when it comes to facing your demons, fighting for love, and finding happiness for the future. 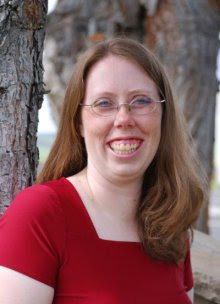 Ask anyone who knew me growing up, I would as soon have my nose in a book as go to the neighbor’s to play. Reading helped shape my image of the world, both the parts that I see on a daily basis, and the areas that are too far away for me to visit. I suppose it was only a matter of time until I started making up worlds of my own.

I started my first book—I use that term loosely because I never expect to publish that mystery story—when I was in high school, then mostly set my writing aside through my college years. It wasn’t until early 2000 that I started writing again as an outlet when things were stressful. I wrote a good start on the story, then promptly lost the handwritten manuscript when my husband and I moved.

I worked on several other stories, hoping to come across the part I had written, but didn’t until I started writing that story all over again.

I have a second book, Rebound, slated for release in the summer of 2010.

Am I Not a Man by Mark L. Shurtleff 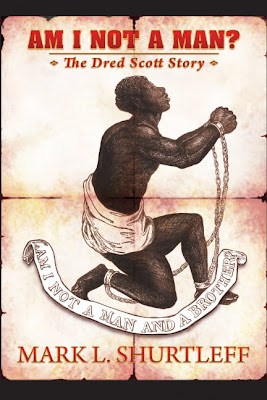 An illiterate slave, Dred Scott trusted in an all-white, slave-owning jury to declare him free. But after briefly experiencing the glory of freedom and manhood, a new state Supreme Court ordered the cold steel of the shackles to be closed again around his wrists and ankles. Falling to his knees, Dred cried, “Ain’t I a man?” Dred answered his own question by rising and taking his fight to the U.S. Supreme Court.

Dred ultimately lost his epic battle when the Chief Justice declared that a black man was so inferior that he had “no rights a white man was bound to respect.”

Dred died not knowing that his undying courage led directly to the election of President Abraham Lincoln and the emancipation proclamation.

Dred Scott’s inspiring and compelling true story of adventure, courage, love, hatred, and friendship parallels the history of this nation from the long night of slavery to the narrow crack in the door that would ultimately lead to freedom and equality for all men. 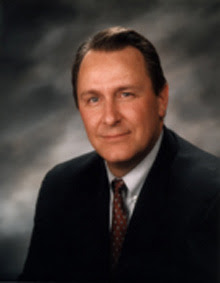 Mark L. Shurtleff attended Brigham Young University, University of Utah College of Law and University of San Diego School of Law. He lived in Peru for two years, absorbing the culture and living amongst the Peruvian people.

Mark began his legal career by serving four years in the United States Navy Judge Advocate General Corps (JAG), then was a lawyer in Southern California.

Mark is married with five children. He is an Eagle Scout, fluent in Spanish and this is his first novel.