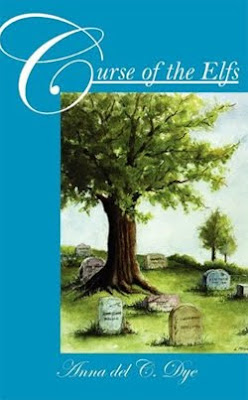 Title: Curse of the Elfs

Can a delirious curse destroy the saintly elfin race?

Zolotan has ideas of his own and creates beings without souls, for the sole purpose of doing his bidding. His colleagues do not like the possibility of a wizard having an army of creatures at his command. The head sorcerers judge the wavering wizard and their sentence is just. The transgressor is to undo his madness by destroying all his creations immediately.

All seems right, until he joins his creations and instead attacks the wizard stronghold. After a magical battle that devastates the land surrounding the wizard community, he is defeated. However, the old sorcerer’s unrepentant deeds cause the wizard council to chastise him severely.

It is shortly afterwards that elfs cross paths with the dying wizard. On his deathbed Zolotan asks the elfs for help. He wants to be moved to a faraway land to heal, but the unsuspecting elfs knew he wouldn’t survive, so they wait. Losing patience in his delirium, he curses them to a slow dead. It is a threat the elfs never take seriously until a hundred years later when their people come down with a strange sickness they can’t explain.

There is nothing they can do about it. If they return to their motherland they might spread the curse to the rest of their race and have it disappear forever.

Their only glimmer of hope lies in a servant of kings who must learn to love the elfs before he will attempt to save them. But no one, elf or mankind, has ever heard of this man. Nor does anyone know where to find him. Can the best healer in the land find this savior before their race is gone forever?