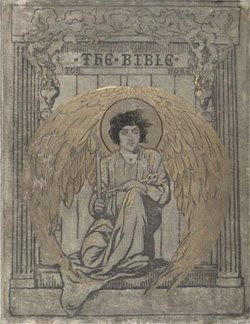 The Fob Bible is a collection of short stories, poetry and drama based on the Old Testament. Some feature classic characters like Solomon and Jonah while others focus on side characters such as Goliath’s mother or Job’s wives. The startling power of some of these works balances with moments of hilarity such as in “A Travel Agent’s Description of Egypt, Circa Moses” and “From the Desk of Baal’s Secretary.” Together they create a thoughtful and provocative volume inspired by the foundational text of our civilization, proof that it continues to inspire and inform us in these latter days. 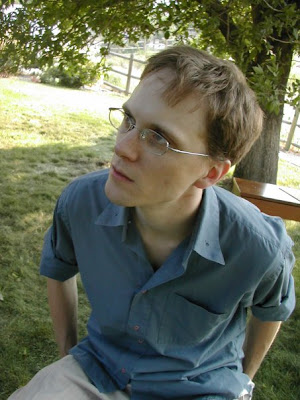 Theric Jepson has been blogging since 2005, but he’s been a gadfly-in-the-making for much, much longer.

Most of his professional publications have been under his legal name, Eric W Jepson, but online he is better known by a variety of monikers beginning with the digraph th.

Theric first published about Mormon literature in Brigham Young University’s now defunct Collegiate Post, a student-run newspaper. That article is (happily) unavailable online as it reveals the tremendous ignorance of the author at that time.

Theric has worked as a reporter for and, briefly, as the editor of the Tehachapi News. His columns from this time (and many other writings of all stripes) are available on his website.

Although he considers himself primarily a fictionist, Theric writes in other forms as well. 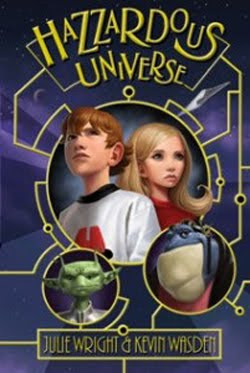 A guy who works in his grandfather’s magic shop expects weird things to happen. But Hap Hazzard has never had a day like this. First, a freaky old man in a cape who calls himself “Torval” visits the shop and somehow makes a trash can explode. Then Torval delivers an ominous message to Hap’s grandfather, upsetting the old man so badly that he yells at Hap for the first time ever. Next, this girl Tara shows up to apply for a job, and for reasons Hap can’t understand, his cool magic tricks send her away in tears. But that’s nothing compared to what happens next. Under orders to apologize to Tara, Hap searches for the girl. But he can barely say he’s sorry before three spaceships appear, the biggest of the three looking like a burnt slice of pizza.

The weirdness only ramps up as Hap and Tara soon find themselves aboard the pizza-shaped ship piloted by a pair of aliens. Even though they were accidentally abducted, the two humans are now forced to join an out-of-this-world mission that includes razor-toothed multilingual beetles, a psychic queen bee, manic ape frogs, a coveted crystal, and a hundred other bizarre things that just might make sense—if Hap could only remember and understand Torval’s cryptic message. Join Hap and Tara as they begin a fantastic journey into the far reaches of the universe. 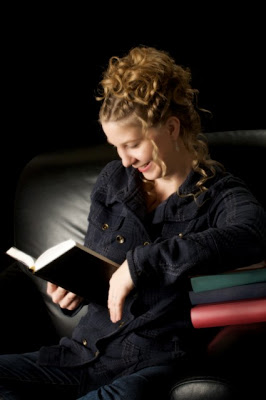 Julie Wright: I was raised in Salt Lake City and attended Brighton High School where I met the love of my life. After a few detours at BYU and “dear-Johning” him while he was on his mission to Sweden, he came home, forgave me for being awful, and we got married. We moved to a little town in west central Utah, and opened up the only grocery store. Don’t ask why we did that; we still have no idea. If this is something you’re considering, please write me and I’ll talk you out of it. Not out of moving to the country, but out of opening a business in rural America. There are times when I ponder the sanity in such a move, but walking out on my porch at night and seeing the Milky Way satisfies my claim to mental stability. 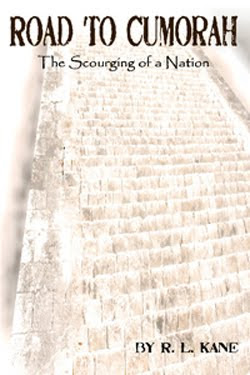 Nearly a thousand years before the final battle between the Nephites and Lamanites took place at Hill Cumorah, the prophet Nephi saw in vision the fate of his people then living in that future generation.

Road to Cumorah relates to the endless struggle the Nephites had with the Lamanites, their wickedness and final wars that took the two nations all the way from the land south to the land north. Where, as prophesied, the “Great and Tremendous Battle at Cumorah” ended with virtually a complete destruction of the Nephite nation.

Robert Lawrence Kane was born in Idaho in 1923 and is a WWII veteran. This is his first book. 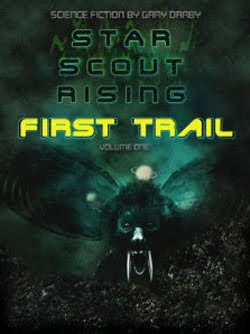 From the last frontier, Space. A must-have, out of this world adventure!

Star Scout Rising, First Trail by Gary Darby is a thoughtful, awe-inspiring, and spine-tingling Sci-Fi mystery that follows a young man named Del Baldura during his quest for knowledge, truth, and discovery in the distant future of human and alien kind. This story has it all superb background, surprises, mystery, love, futuristic technological possibilities, bizarre life forms, and a hero trying to make sense of his duty and loyalty, his current leadership responsibilities, and his search for truth about part of his and his family’s history.

Gary Darby: Born in Texas in 1949, I grew up in San Antonio, Texas. I graduated from the University of Utah with a BS degree in Political Science and I also hold a Master of Science degree in the Analysis of Strategic Intelligence from the Defense Intelligence College in Washington, D.C. I served in the U.S. military for 20 years.

I met the love of my life, Pamela, in Heidelberg, Germany, and we have been married for 35 years. We have seven great sons, and 9 wonderful grandchildren. We currently split our time between homes in Anchorage, Alaska, and Mapleton, Utah. 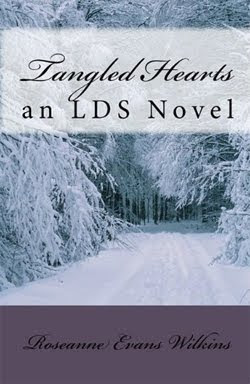 Serra Lanning, known as the Chaste Mormon Model Kara Kukaanei, grew up in Salina, Kansas. She is living a lonely life. Her parents have died and her sister, Brooke, hasn’t spoken to her in years. When Brooke shows up with her son in tow and asks Serra to watch him while she and her husband go on vacation to France, Serra’s whole life is turned upside down. Serra’s decision to hide from Brooke’s in-law’s create problems she doesn’t anticipate. When the tires to her new SUV are slashed, she knows she has more to fear than having her nephew taken.

Roseanne Evans Wilkins: was the second oldest of 9 children, so I grew up in a house full of noisy kids. Craig grew up in a house with just 2 quiet kids. Opposites attract lol. Since I’m the one home, we filled the house with kids. I’d go crazy with silence. Craig manages the noise level by traveling all over the U.S. teaching other adults how to audit. With 5 kids in sports, I keep busy running them to their practices and games. After hectic days running kids everywhere and taking care of three pre-schoolers, I find quiet time after everyone is in bed to write. I hope you enjoy the results :). You can visit Roseanne at her blog, Roseanne’s Spot.

The Third by Abel Keogh 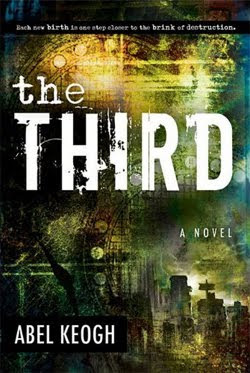 When Ransom Lawe, a recycler in the Pacific Northwest, finds out his wife is pregnant with their third—and therefore illegal—child, he’s forced to choose between the government who proclaims a desire to save the planet and his hope for a place where his family can live in freedom. But with the Census Bureau Sentinels closing in on his wife and unborn child, Ransom’s choice will either save his family or tear them apart forever.

Abel Keogh offers a stark and haunting look at a not-so-distant future in this chilling new novel. Crossing lines between good and evil, freedom and oppression, and political and environmental responsibility, The Third is a gut-wrenching tale of intense loyalty and unconditional love. Abel Keogh: Abel is the author of the novel The Third and the memoir Room for Two and numerous short stories and poems. For nearly a decade he has worked as a professional copywriter and composed hundreds of print and online pieces of marketing collateral for technology, real estate, health care, and education organizations—including several Fortune 500 companies. Abel and his wife, Julianna, are the parents of three boys and a girl.