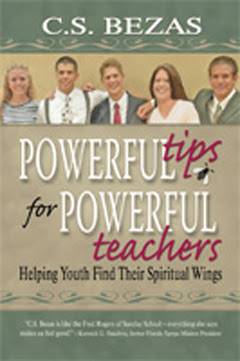 The “well” has run dry—I feel so burned out. Why won’t they listen to me? Am I getting through at all?

Ever had these thoughts? If so, you’re not alone! Whether you have been called to work with youth, or are a parent, teaching teens can be a most exhilarating, yet demanding commitment. Powerful Tips for Powerful Teachers is a crucial guide to working with today’s dynamic youth. Compelling, yet simple, these tips will help you burst beyond fatigue and frustration, launching you toward powerful moments with today’s young men and women.

C.S. Bezas has drawn together a variety of preparation tools to help you succeed in your efforts to help the teens under your stewardship find their spiritual wings. Covering topics like No Throwaway Kids, Spiritual Bumblebees, Dissension in the Classroom, and The Language of the Spirit, this book is filled with thought-provoking essays and reflective questions. Powerful Tips for Powerful Teachers is sure to keep your “well” fresh and full of the living waters of gospel inspiration. 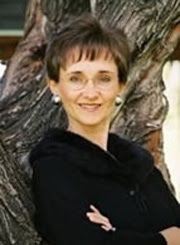 C.S. Bezas graduated from BYU in communications, with an emphasis in developing training programs. She has conducted trainings and workshops for audiences both large and small on a wide variety of topics and has won recognition for her writings and stage musicals. She also writes regularly for Meridian Magazine and Bella Online.

C.S. Bezas has appeared as a keynote speaker in a variety of locations in the United States and also has performed before audiences on television, stage, and film, most recently appearing as Anne Frank with the Florida Orchestra. She and her husband have four children and relish the gospel of Jesus Christ. 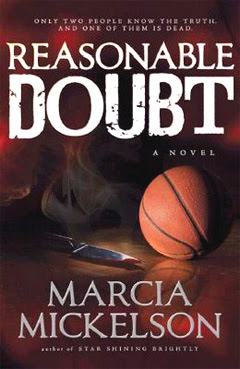 A beautiful and promising athlete is dead. The only suspect—her fiancé—has been apprehended. And as a defense attorney, it is Julia’s job to prove that Mick is innocent. But Julia believes he is guilty. No stranger to the crimes that men commit against women, Julia can easily believe that rich, talented, spoiled Mick did indeed kill Avery. Both were basketball stars at the University of Utah, and both were popular; yet everyone—except Mick’s family and Julia’s boss—believes that Mick is the murderer. As the evidence against Mick mounts, Julia stumbles across a secret Avery had kept hidden from everyone, even Mick. Julia realizes that perhaps she may have more than just reasonable doubt to support Mick’s case—if she can face her past and reveal her own secret. Meanwhile, Pablo, Julia’s new co-counsel, becomes convinced that Mick did not murder Avery, but can he convince Julia? Guilty or innocent? With Pablo’s help, Julia may be able to overcome her own fears and uncover the truth about Avery at the same time—if the murderer doesn’t find her first. 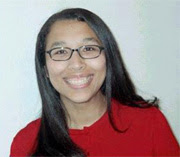 Marcia Argueta Mickelson was born in Guatemala but grew up mostly in New Jersey. In high school, she started writing her first novel, which she didn’t finish until ten years later. She followed her sister to BYU where she met her husband, Nolan. Marcia received her degree in American Studies. Upon graduating, she began working for a nonprofit organization in Salt Lake City. She ran a foster care program, which helped place children in foster homes, trained the foster parents, and provided mentoring services for the children.

Marcia is a stay-at-home mom who does some substitute teaching in local elementary schools, spending most of her nights in front of the computer, writing. When she’s not busy with mothering, writing, and primary, she enjoys reading, movies, scrapbooking, and watching BYU football games with her husband.

Staying in Tune by Carmen Rasmusen 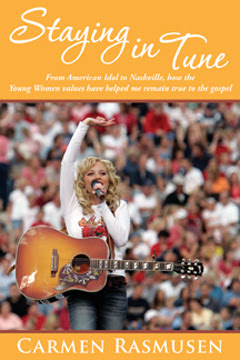 After becoming an overnight success on the hit TV show American Idol, Carmen Rasmusen has remained in the public eye. Along with the spotlight came many temptations and worldly pressures associated with the entertainment business. Through it all, she has stuck to her goal of staying true to the Young Women values, including modesty, chastity, and obedience to the Word of Wisdom.

In this book, Carmen shares never-before-published photos and stories, such as her experiences as an American Idol finalist, her opportunities in Nashville as a country music artist, the joy of her temple marriage, and why the gospel will always be her top priority. Staying in Tune is an exciting, behind-the-scenes look at how a young woman has stayed in harmony with the gospel while achieving her dreams. 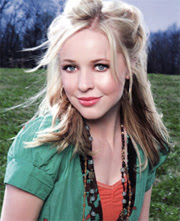 Carmen Rasmusen has appeared on numerous TV programs, including the Today show and David Letterman. She is an accomplished musician, and she recently completed a three-month concert tour throughout the United States. Her latest CD, Nothin’ Like the Summer, was released through Lofton Creek Records in Nashville and is garnering strong reviews.

Throughout all of her experiences, Carmen has stuck to her goal of staying true to the Young Women values, including modesty, chastity, and obedience to the Word of Wisdom. She shares many of these experience in her book Staying in Tune, which is an exciting, behind-the-scenes look at how a young woman has stayed in harmony with the gospel while achieving her dreams.