Room for Two by Abel Keogh “Sweetie, I’m home.” I tried to put as much kindness into my voice as possible. I didn’t want to have another argument – at least not right away.

A gunshot echoed from our bedroom, followed by the sound of a bullet casing skipping along a wall.

When a life is destroyed, when guilt says you played a role in its destruction, how do you face the days ahead?

Twenty-six-year-old Abel Keogh chooses to ignore the promptings he receives concerning his wife’s mental illness, and now he feels he is to blame for her choices. If only he had listened . . .

At some point in our lives, each of us face devastating afflictions and must eventually cope with loss. Regardless of how it happens, the outcome is still the same—we are left isolated, alone, wondering what we could have done differently, and where we can turn for peace.

This is Abel’s story in his own words. His search for peace and the miracle that follows is proof that love and hope can endure, despite the struggles and tragedies that shape each of our lives. 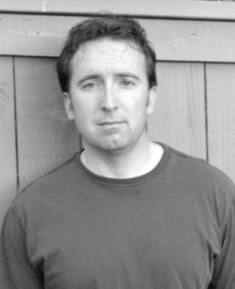 Abel Keogh is the author of the memoir Room for Two. During the day he works as a writer, editor, and political columnist. His previous fiction and poetry has been published in Rough Draft and Metaphor and Strong Verse. He is currently working on his second book—a work of fiction.

Besides writing, Abel enjoys running and lifting weights. Abel and his wife Julianna are the parents of two boys and a girl. He has a bachelor’s degree from Weber State University. 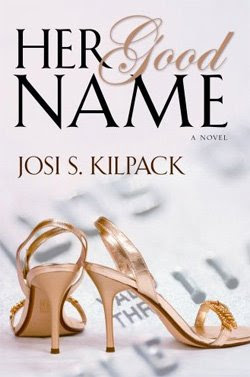 Chrissy is having an identity crisis. As a single woman and convert to the Church, she has always managed to find her place in life—at least until someone else begins using her credit cards, her bank account, and, most important, her name. Now the real Chrissy must prove her innocence against a growing pile of collection notices and unpaid bills. But with no job, no money, a warrant for her arrest, and a closet full of high-heeled shoes, a girl can only get so far.

When Chrissy meets Micah Heet, the other half of a blind date gone bad, the two discover they are facing the same battle and join forces to find the perpetrators. Little do they know that the small semblance of life they have left will be put on the line in the process. Josi S. Kilpack bwas born and raised in Salt Lake City, the third of nine children, and accounts much of her success to her mother always making oatmeal for breakfast. In 1993 Josi married her high-school sweetheart, Lee Kilpack, and went on to raise her own children in Salt Lake and then Willard Utah where she currently lives. She loves to read and write, is the author of eight novels, the baker of many a delicious confection, and the hobby farmer of a varying number of unfortunate chickens. In her spare time she likes to overwhelm herself a multitude of projects and then complain that she never has any spare time; in this way she is rather masochistic. She also enjoys traveling, cheering on her children, and sleeping in when the occasion presents itself.

Josi is the author of nine novels, including Sheep’s_Clothing, winner of the 2007 Whitney Award for Best Mystery/Suspense. She loves to hear from her readers and can be reached at Kilpack@gmail.com

Time and Eternity by E.M. Tippetts 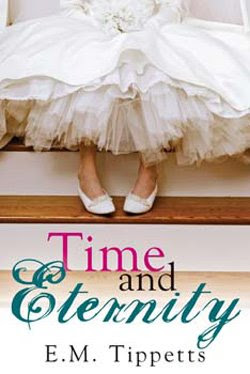 When Alice O’Donnell joined The Church of Jesus Christ of Latter-day Saints, she thought her life could only get better. She hoped to marry her boyfriend, Darren, who had baptized her, and live happily ever after. After all, her prayers had confirmed that a proposal was coming.
But Alice’s faith is tested when her plans are turned upside-down. Her father files for divorce, her company decides to relocate her to another state, and to top it off, Darren starts acting strangely and accuses her of being a “Molly Mormon” — whatever that is.

When Spencer Sharp enters the scene, he seems like a good prospect. He’s attractive, gainfully employed, a returned missionary, and seeking an eternal companion. But something is just . . . missing.

Follow the chaotic but exciting life of Alice as she deals with being a new convert, learns to have faith in the Lord’s plan for her, and comes to know whom she wants to be with for time and eternity.

E. M. Tippetts lives in New Mexico, which is where she grew up. A former attorney, she did her undergraduate degree in philosophy, politics, and economics at Oxford University and her law degree at UCLA. She practiced real estate law and estate planning, with a specialty in literary estate planning, but she has always wanted to be a writer and used to get up at 5 A.M. to write before going to work. She joined the Church as an adult shortly before meeting her husband, Trevor.