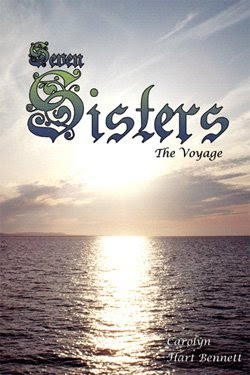 The early Mormon Church was forced out of several states and finally blazed a trail across unknown territory to Utah to form their own theocracy. In addition to this westward movement, converts in Europe were admonished to “gather to Zion” and build up the Church in the Salt Lake Valley.

85,000 Mormon emigrants came to America by sailing ships between the years of 1840 and 1890. Seven Sisters takes place on one of these ships—the Amazon.

Carrying 800 Latter-day Saints, it had a send off from Charles Dickens at the London Docks and landed in New York City a couple of days after the deadliest riot in American History-the Draft Riots of 1863.

All of this is seen through the eyes of seven single young women who start out the voyage individually and are soon placed together as a “family” by Church leaders. Although, they aren’t related as such, they are “sisters” in the Gospel, and together they face the adventures, hardships, and dangers of an ocean voyage.