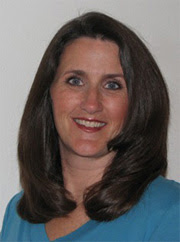 Rebecca Talley is guest blogging today. I read the following post over on her blog, Rebecca Talley Writes, and thought she brought up a great point when considering the setting of your story. Rebecca is the author of the novel, Heaven Scent.

This is a rant of sorts. I was watching a TV show on USA called, Psych. It’s about a guy who pretends to be psychic and works with the police. He actually has a photographic memory and amazing observation skills, but uses the psychic thing as his cover.

The premise doesn’t bother me–it’s the setting. The show is supposedly set in Santa Barbara, CA. A city with which I’m intimately familiar because I grew up there and return to visit every year. When Psych shows the police station, for example, it is definitely not the Santa Barbara Police Station. No, I’ve never been arrested or spent time in the police station, but my best friend’s father’s law office is a block away from the police station and I used to spend time with my friend at her dad’s office.

On an episode yesterday, one of the characters was telling the police he’d eaten at a restaurant on On-new-paw-moo. The name of the street is actually Anapamu, pronounced Anna-pu-moo. See the difference? If they’re going to pepper the show with the names of actual streets in Santa Barbara they should at least get the pronunciation correct.

On another episode a character is tossed into Cachuma Lake, except not. The lake they used wasn’t even close to Cachuma–I know I spent several summers attending camp at Cachuma Lake.

Turns out the show isn’t even filmed in the US. Now most people wouldn’t notice the discrepancies. But, for me, it completely loses credibility because I know what it’s showing is false. They should’ve set the show in a fictitious city.

My point? When writing fiction, it’s important to have facts straight to have the credibility factor. Not all readers would pick up on a discrepancy in setting, but for those who do, you’ll lose them as readers. So, for me, I need to get my facts right when I set a story in a real town.

As for Psych? The discrepancies about the setting bug me enough that I’m not interested in watching it again. See how that works?

8 thoughts on “Credibility in Writing by Rebecca Talley”