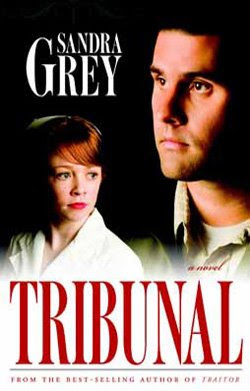 Berlin, 1945 Major Rolf Schulmann lies close to death in a military hospital after enduring the horrors of a concentration camp. Revived from a coma through a priesthood blessing, he slowly returns to health as his fiancée, Marie Jacobson, tenderly cares for his deep physical and spiritual wounds. Meanwhile Rolf ’s best friend, SS Lieutenant Hans Brenner, begins to overcome the despair and depression of his postwar gutter-rat existence as he finds himself falling for Natalie Allred, a beautiful American nurse.

But as the world’s emerging superpowers race to obtain nuclear secrets, Hans becomes a pawn in the deadly game—and Natalie’s freedom hangs in the balance. Rolf, unaware of their predicament, feels haunted by his Nazi past and seeks peace of conscience through the rigors of a military tribunal. Then, as tensions escalate between the United States and Russia, Rolf and Hans find themselves on opposite sides of the conflict.

With vivid emotion, Tribunal explores the risks and rewards of loyalty and love in the bitter aftermath of world war. 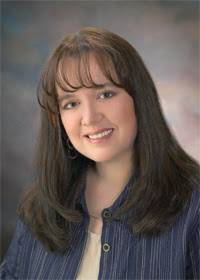 Sandra Grey was born in Inglewood, California to a very large two-generation military family. Her paternal grandfather served in World War II and her father is a retired Air Force major who trained to be a spy during the cold war.

Sandra remembers one Halloween as a child finding her mother at the kitchen sink conversing intimately with a stranger – a tall man with red hair and red mustache who, after Sandra’s initial shock wore off, sounded like her father and had her father’s eyes. Her father’s never-used, government-supplied spy disguise kit had been utilized for his Halloween costume. The most clandestine action that spy kit ever experienced was when Sandra’s mother arrived at the airport to pick up her husband after spy school, and she found herself being ruthlessly stalked by a tall, handsome, red-haired stranger.

Sandra graduated from Brigham Young University with a degree in Humanities and has followed her insatiable curiosity and love of history on adventures from Asia to Alaska, Mexico to Europe, and Russia to Brazil. Sandra currently lives with her husband and their own large family in Arizona, and is satisfied to leave all covert action to the characters in her novels.

Sandra Grey is the author of the novels Traitor (which has sold over 10,000 copies) and Tribunal, published by Covenant Communications.

Where Hearts Prosper by Suzanne Reese 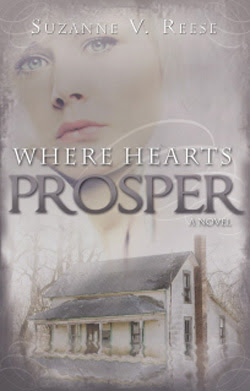 Carmen Anderson has spent her entire life avoiding the place she grew up: the town tiny of Prosper, Arizona. When she makes the impulsive decision to move back with her rebellious teenage daughter Paige, she has no idea that the worst storm in the town’s history is just days away. Carmen is in Chicago on business when Paige is stranded in Prosper by flooding, stuck with a town full of people she hardly knows, but despises anyway.

Jeopardizing both her career and a proposal of marriage, Carmen sets out on a desperate cross-country chase to be reunited with her daughter before the girl unwittingly uncovers a painful secret buried deep in Carmen’s past. A secret that has kept her from embracing her family, God, devoted friends, and the precious gift of true love. 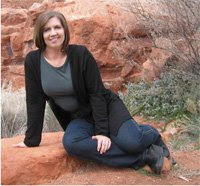 Where Hearts Prosper is a first novel from Suzanne Reese. She says, “I’m excited to be launching my first book, though I’ve discovered that the writing process is way more fun than the publishing process. Give me a day with nothing but my computer, some good music, and a bunch of chocolate, and I’m in heaven.”

Suzanne resides in Utah with “one amazing, supportive, and dang-good-looking husband” and their five “equally amazing children—though three of them have betrayed me and turned into adults, going against my direct orders to stay little forever.”

The idea for Where Hearts Prosper came to Suzanne while she was reading a book about a natural disaster back east at the same time that a natural disaster happened in her neck of the woods. She couldn’t keep her brain from putting together the story of Carmen, and her daughter Paige, stranded in Prosper—a tiny and unfamiliar fictional town in northern Arizona—during the real-life flooding that happened there in 2005.

CLICK HERE for details on how to win these two books.

CLICK HERE for details on how to become a prize sponsor for this blog.