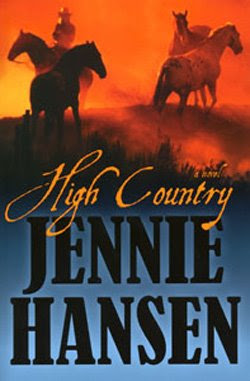 A terrible car accident left Laura fatherless, injured, and at a loss for many memories of her life before the accident. But when she and her cousin Bruce are going through their Aunt Alice’s papers after her death, Bruce finds a certificate that will change Laura’s life forever: a marriage certificate. With her name on it. The doctors told her she wouldn’t be able to remember a lot of things, but how could she forget getting married?

Laura is shocked ever further when she finds out that she is heir to a fortune and her father’s ranch, High Country. As she discovers the secrets about her past that Aunt Alice had kept so well hidden from her, Laura is determined to get back what is rightfully hers. But trying to regain the beautiful house and land from a stubborn cowboy. Paul “Mac” Burgoyne, who claims to be her husband, is more than she bargained for.

She has nineteen published books to her credit, three stories in compilations, and has two more books currently under contract. Her published books include: Run Away Home, Journey Home, Coming Home, When Tomorrow Comes, Macady, The River Path, Beyond, Summer Dreams, Chance Encounter, All I Hold Dear, Abandoned, Breaking Point, Some Sweet Day, Code Red, High Stakes, Wild Card, The Bracelet, The Emerald, The Topaz, and The Ruby. She is one of three contributors to The Spirit of Christmas along with Betsy Brannon Green and Michele Ashman Bell. Jennie also writes a monthly review column for Meridian Magazine.

The Tree House by Douglas Thayer 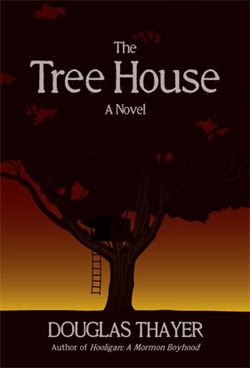 When Harris Thatcher’s father dies, the boy’s journey into manhood becomes complicated with questions of faith, the meaning of life, and the capriciousness of death. Harris soon finds himself preaching the Mormon gospel as one of the first missionaries to West Germany following the devastation of World War II. Little does he know that his own war horrors await him upon his return home, when he is drafted into the Korean War.

Starting out in the same 1940s-era Provo, Utah, that Thayer brought to life in his memoir Hooligan: A Mormon Boyhood, this novel deepens and darkens as Harris is drawn into his harrowing Korean ordeal. Will he survive the war, not only physically but also emotionally and spiritually? And if he does survive, what other trials does death hold in store?


Click here for details on sponsoring this LDSP blog.