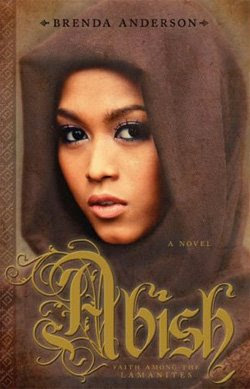 Title: Abish: Faith Among the Lamanites

Abish, a young Lamanite, wants to believe her father when he proclaims he had a vision from God. Raised in traditions of hatred toward their enemies, the Nephites, she has a hard time swallowing his claims that the Nephite religion is the true gospel. Unable to deny the witness that bears the truthfulness of his words, Abish joins her father in his conversion.

But when their secret is discovered and they are threatened with treason, Abish must flee the city in order to protect herself and the precious knowledge she possesses. She journeys to the king s palace in the hopes of becoming a servant to the queen.

When Ammon, a Nephite missionary, is captured and brought to the palace, the Lamanites are shaken by the miraculous powers he possesses. When Ammon s preaching of the gospel causes extraordinary effects on the palace, Abish suddenly realizes why the Lord has brought her there, and what she has to do.

Abish, Faith Among the Lamanites is a compelling fictional story based on the true story of Abish as found in the Book of Mormon.

5 thoughts on “Abish: Faith Among the Lamanites by Brenda Anderson”