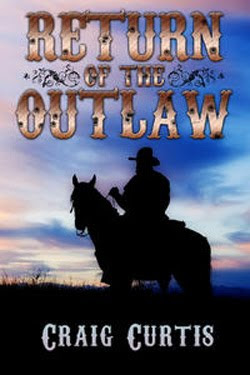 Title: Return of the Outlaw

Jeff Havens, a young civil war soldier, returns to his home in the west, expecting to be reunited with Anne, the girl he has loved since childhood. After experiencing the horrors of war he just wants to resume his life as if he had never left.

But, things have changed on the home front. Anne is engaged to marry another man. Having no family except his grandfather and an old trusted friend, Amado Lopez, the man who raised him, Jeff leaves again.

Seven years later a letter belatedly reaches him informing him of the death of this Grandfather. He decides it s time to go home.

Jeff learns, however, that many things have changed during his long absence: He has enemies he doesn’t even know, and he finds himself branded an outlaw and hunted like an animal for the very crimes they have committed. They have killed his friends and stolen his ranch, and there seem to be no way to stop them in their ceaseless quest for more land, money and power.

But Jeff vows he will do so or die trying.