I started twittering not too long ago, as you readers may know—and as of today, I have 100 followers. Now what do I do? Since I’m behind the curve on this geeky type stuff, I asked Jaime Theler to explain it all. Thanks, Jaime!

I’m pretty vocal with friends and acquaintances about my love affair with Twitter. (Thanks, friend and techo-savvy guru Matthew Buckley for getting me hooked!) Usually the response I get is a raised eyebrow and a disbelieving look. I mean, it’s called “Twitter,” which sounds like something a six-year-old would say over and over while giggling, like the word “pooh.”

Eventually some of the skeptics decide to give it a try. Then I get emails, messages, and conversations that go something like this:

I heard all about this Twitter thing, so I reluctantly gave in and joined. Now I have an account, 4 followers, and I don’t get it. Who cares what I eat for breakfast or that I’m going to the store? This is stupid! I’m going back to Facebook.”

Impatient are you, my young Padowan. Knowledge need you.

*cough* *clearing throat*
Okay, that’s enough talking like Yoda. I can’t even do it in a blog.

Anyway, what I was trying to say by channeling the little green dude is that perhaps the problem stems from not understanding Twitter and how it is, and more importantly, is not, like Facebook.

*Disclaimer: I am a Twitter enthusiast, not a Twitter expert. You can find several discussions, articles, and blogs about Twitter and why it’s popular and how it’s changing the world and why the little bird should be your favorite animal, etc. etc. I’m just sharing why I like it and why it’s valuable to me.

What Twitter is not:
Twitter is not the place to connect with your ex boyfriend’s best friend’s sister that you lost touch with after high school. Neither is it the place to build your own farm, aquarium, or medieval castle. You won’t find BeJeweled or MahJong or notes with 40 random questions that you then pass on to your friends. You can’t post 140 pictures of your last race, (adopting innocent, “who, me?” expression) or take quizzes about which 80’s movie you are, or what your birthday says about you, or what your Native American name is. And on Twitter you won’t see everyone else you know who is doing all these things.

3. Twitter is more business. It’s for staying current in an industry. I follow hundreds of writers, editors, agents, and publishers, and the vast majority of them I’ve never met. Yet they carry on a constant conversation with each other and their followers about the industry. When the whole best-seller price war happened I knew about it right away, as well as their reactions to it. I also find out what drives agents nuts, when they get excited about something in the business, and when they have a big deal. The people share links to great blog posts, contests, or things of interest to the business.

4. Twitter is fast. You only have 140 characters per Tweet, so you won’t get rambling discourses. If you want to check out someone’s link you click on it, if you don’t want to, you don’t. If you like something someone else said, you retweet it.

5. Twitter is what’s happening in real time. Here’s an analogy–> if Facebook is the 30 minute evening news, Twitter is the ticker at the bottom of the screen.

6. Twitter is also entertaining. You learn how to tweet something that is a) interesting and/or b) informative in an entertaining, ADHD way. And you get to know another side of people.

7. Twitter brings together people for real time conversations. When your tweet involves a common topic, then you include what’s called a hashtag. It involves a # sign and a word or string of words. Then people can search for that hashtag and pull up all the tweets on Twitter about that subject. Some common ones I use are #amwriting (for tweets about my current WIP) or #writegoal (self-explanatory). There are hundreds of people using these hashtags and it develops into a network of people with similar interests. They cheer each other on, or vent to each other.

Done” in the sense of “done until tomorrow, when it becomes worthless because I changed everything–again.”#amwriting

Oh, can I identify with him!

There are even groups that set up a certain time to talk about a topic. For example, the topic of #nano is pretty hot. Some agents do an hour of answering questions on #askagent, some authors do #askanauthor, and there are several groups of writers, readers, agents, and publishers that participate in discussions like the weekly #kidlitchat and #yalitchat. It’s like sitting around and instant messaging with dozens of people at once who like talking about the same things as you, and you don’t even have to shower.

You can use the Twitter Search to find the conversations under these hashtags, but if I want to follow a conversation as it’s happening I prefer Monitter, which is a free, real time, live twitter monitor. It gives you three columns so you can follow three topics at once–and never get anything done. 😉

Try following one of these conversations. Twitter user @Georgia_McBride hosts #YAlitchat on Wed. @ 9PM Eastern. #Kidlitchat Tues @ 9 Eastern. Here’s a link to her post where she explains more about it, and where she posts the transcripts after she’s done. You don’t have to participate or even have a twitter account, but you can see what it’s all about.

Beyond the Twitter site:
Slogging through one column of everyone’s tweets on the Twitter site can give anyone a headache. When it gets better is when you start using organizing programs like the one I use, called Tweetdeck. You can organize the people you follow into groups which then have their own column. I have a column for all that I follow, a column for agents/editors, a column for published authors, a column for writers, and a column for my friends that I know personally (that way they don’t get buried under the hundreds of other people’s tweets). I also have a column for Direct Messages (like private email – but still only 140 characters) and Mentions (when someone responds to me or retweets me – basically anything that has my username in it). Tweetdeck now also has a Facebook feed, so I can see Twitter and Facebook all from one program. It saves sooo much time.

You can find a whole slew of articles on Twitter Etiquette, and I don’t want to get too long-winded, so just Google it.

The Best Way to Learn is To Follow Those That Do It Right:
If you’re only following people that tweet the minutiae of their day, then it’s hard to figure out how to work Twitter right. I learned best by reading what others said. So here are a few people I recommend to follow to learn.

**Ahhhh! Brain freeze! I’m drawing a blank and I had a whole list yesterday. I’ll write them down from now on and post them all in another blog, promise. Just look at the people I follow on Twitter (I’m @bookmom2000- click on the Follow Me button in the sidebar). There are so many good ones.

You can also check out these lists:
15 Twitter Users Shaping the Future of Publishing
100+ of the Best Authors on Twitter
15 Must-Follow Comedic Film Actors on Twitter

Thanks for sticking with me this long, dear readers. This turned out to be a rather wordy post, so I’ll forgo the discussion on how to get followers for a future post. I hope this has been at least a little helpful, and do chime in with all the things I’ve missed or your Twitter questions. 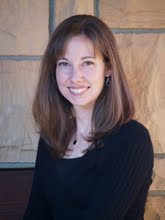 Jaime is the author of two LDS non-fiction books, Parenting the Ephraim’s Child and Enjoying the Journey. Jaime is also the mom of three, and addicted to books.