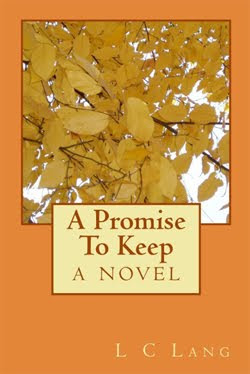 Title: A Promise to Keep

Marcie Jackson begins her new job as a state police detective. The only woman in an office of men, she quickly learns she is going to have to prove herself. That opportunity comes sooner than she expects.

Her first murder case is reminiscent of how her late fiancé had been murdered. A series of murders involving families takes place over the next few days. At each crime scene Marcie finds a gold link bracelet, the same kind she found next her late fiancé’s body. She also finds something else she is familiar with. A container, with a few dime bags of cocaine inside, underneath the victim’s cars.

The murders point to two men she is familiar with, but knows they can’t be doing this alone. The containers point to another man. But who is responsible for all of it? Marcie’s partner doesn’t believe what she knows; and the city homicide detective they are working with doesn’t believe her at all. They only believe the containers she finds. With no other options, she does her own investigation to find who is ultimately behind the murders. The information she finds still doesn’t explain why the murders are taking place.

By the end of the week, there is one family left, but can she save them? She heads home for a weekend and finds critical information. While Marcie now understands what is going on and why, her next job is to convince her boss and her partner. Once she explains what she has found, they act on it. But it still isn’t over yet; something still isn’t right. When she finally finds the answer, she finds herself in a fight for her life. Somehow, she has to get away and tell the others the truth she now knows, and to honor the promises she had made.