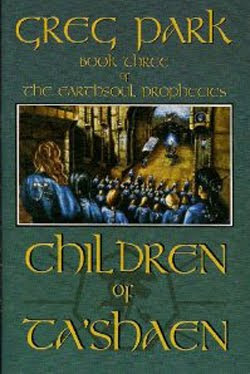 Having used the Blood Orb of Elsa to bring the Night of Fire to Melek, Jase Fairimor finds himself standing on the slopes of Mount Tabor as the Mith’elre Chon. With tens of thousands of Once-Men between him and the Great Wall of Aridan and his abilities severely crippled by the curse of Shadan, he must make his way out of the wasteland on foot.

A thousand miles to the south in the jungles of Arkania, Gideon opens the chorazin Veilgate, and he and Elliott journey to Riak in search of Aethon Fairimor. Once there, they find themselves in the midst of a civil war sparked by Shavis Dakshar’s attack on the capital city of Sagaris.

Those left behind by Gideon’s departure are attacked by Arkanian villages, and Seth and the Dainin are faced with the task of rescuing Brysia and Talia from the Power-wielders intent on sacrificing Brysia to a demon of Con’Jithar.

Meanwhile in Trian, Zeniff’s plot to overthrow the government comes to fruition. With the aid of Agla’Con recruited from the Meleki army, he launches an all-out attack, capturing Fairimor Palace and forcing Elison Brey into hiding. As Zeniff’s hold on the city solidifies, Elison and a handful of Dymas prepare to counterattack.