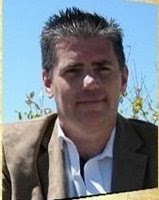 Wow, here I am, even later than usual (Does posting two to three days late still fall under the cloak of Mormon Standard Time?) and I don’t even have the excuse of another bizarre airplane escapade. The truth of the matter is that I was in head-down writing mode on a project that I had absolutely no idea I would be working on a year or two ago. With that as a jumping off point, I’d like to write about something I usually consider a writing tool—misdirection.

First off, misdirection should not be confused with Miss Direction, the cranky little woman inside your GPS who starts going crazy if you don’t take the freeway onramp she told you to take. It’s also not the concept of getting your reader to look one way right before you hit them from the opposite direction. (Okay, well actually it is, but not in this particular post, in which I’m going to talk about misdirection in your writing life, not misdirection in your actual writing, and again, not Miss Direction in your GPS) Clear? Great. Let’s move on.

The first book I ever wrote was a high tech thriller, called Cutting Edge. It was a mystery/thriller that took place in a world I knew very well at the time. The tumultuous world of Silicon Valley (not Silicone Valley which is located quite a bit further to the south). Having never published a book, gone to a writers conference, or met an actual editor/agent, I had no clue what I was doing. But I liked the story, managed to find a publisher for it and went on my merry way. Had you asked me at the time where my writing career would take me, I would probably have suggested that I would stay writing adult thrillers and mysteries, while possibly edging toward horror.

Here I am roughly ten years later, spending most of my time writing YA and middle grade novels ranging from dark wizards that turn into snakes to church history time travel to teenage demons to fifth grade zombies. How exactly did I end up here? It’s what I call misdirection. The concept of the path you started out on leading somewhere other than where it ended up going.

As an example of this, let me take you back to a time shortly after my first book had been published and I was introduced to my critique group. I’ll describe some of the authors and what they were writing and you see if you can guess who they are before I tell you.

Author Number Four was writing Scottish romance novels of incredible length and depth, and swore—swore, I tell you—that she would never, ever, ever write LDS romances.

Ready for the big reveal?

Author Number One is Annette Lyon, best known for her women’s fiction focusing on temples and military wives.

Five authors, including me, who are all writing something completely different from what they thought they would be ten years ago. All of them successfully published and publishing, but not what they intended to be publishing. How did that happen? Is it an aberration or is it the norm?

I tend to think it is a little from column A and column B. First of all, each of these authors has one thing in common: an intense desire to succeed. They all wanted to be successful writers and they were willing to follow whatever path that took them down. Not once did they say, “If I can’t do it my way, I won’t do it at all.”

Another thing they all have in common is that none of them has given up on their original dreams. Annette recently completed another excellent YA fantasy based on a Finnish myth. Heather has an excellent thriller out with a national agent. Lu Ann has written several more coming of age novels set in different locations and times, and hopefully will see some of them released in the e-book market. Michele has written several other non-LDS books including romance and a middle grade fantasy. And me? I still have a mystery series, and a horror novel coming out soon.

Of course, there are authors who started writing one genre, succeeded with that, and have stuck with it. But even they have often reached their destinations by paths they might not have expected. Brandon Mull had his first novel with Shadow Mountain rejected, but they liked his writing enough that they encouraged him to write Fablehaven. Aprilynne Pike was devastated when her first book with the incredible agent Jodi Reamer didn’t sell. But that led to her great success with the YA fantasy series, Wings.

I tend to think that many authors best known for one genre might very well have succeeded in another genre if things went differently. Obviously JK Rowling’s career took off with middle grade fantasy. But I found it interesting that when she talked about writing something post HP, the direction she mentioned most often was an adult novel. Most people think of Stephen King as the master of horror. And he is. But some of his greatest stories: The Shawshank Redemption, The Green Mile, The Gunslinger Series, and Stand by Me, are not horror novels at all. He even wrote a pretty nifty children’s fantasy novel called The Eyes of the Dragon. He wrote horror because he loved it, but also I think because to some extent that’s what sold for him.

For me personally, my writing life has been filled with twists and turns I didn’t expect. When I sat down to have lunch with Chris Schoebinger of Shadow Mountain, I was expecting to discuss a couple more fantasy ideas I had. Instead I ended up walking out the door with an idea for a Church time travel series. Many of you know I wrote a novel called Demon Spawn that is currently on submission with my agent. That has recently taken some twists and turns I didn’t expect. But over the course of several conversations I ended up mentioning a series about a group of elementary school kids who love monsters. I didn’t think that would be his kind of thing, but he loved it. When I wrote my first Farworld book, it was to prove to myself that I could NOT write fantasy or middle grade. I was trying to get the idea out of my system.

So what does that mean to the author who hasn’t published her first book or has published a few novels that haven’t been quite as successful as she might have hoped? Scott Card wrote a column one time about college. It was his assertion that for most young men and women, college is not a case of knowing exactly what you want to do, doing it as quickly as possible, and getting out. But rather it is a journey of discovering who you are, who you are becoming, and where you ultimately will end up. As I recall—and I don’t have the exact article in front of me—he went so far as to suggest, that if a student doesn’t change their plans at least once during their college education, the experience was not a success.

There may be writers out there who can only write in one genre. They may be hardwired to medical mysteries or YA romance. But I think most of us just want to tell a great story in a great way to as many people as possible. We want a chance to do what we love, see some success, and maybe even make a little money along the way. If that describes you, I highly suggest that you take Mr. Card’s advice and use your writing as a chance to discover not only who you are now, but who you might become. Consider writing something completely different from what you’ve done in the past. Keep your eye out for new opportunities. Read agent and editor blogs looking for what they would really like to have submitted to them and ask yourself, “Could I do that?” Most of us are readers. Consider the area you love to read most and ask yourself what is missing.

In my first Farworld book, the wizard is talking to a girl who has no magic in a world filled with magic. He tells her, “The most powerful magic is not spells, wands, and potions. It’s what’s inside you. Who you are. What you do. And most importantly, what you may become.” The same goes for you. Give yourself permission to find your magic. Even if it ends up coming from a completely different direction than you expected.

14 thoughts on “Following the Path of Misdirection by Jeffrey S. Savage”