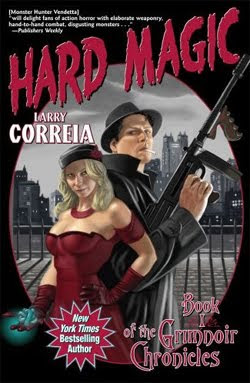 Jake Sullivan is a licensed Private Eye—with a seriously hardboiled attitude. He also possesses raw magical talent and the ability to make objects in his vicinity light as a feather or as heavy as depleted uranium, all with a magical thought. It’s no wonder the G-men turn to Jake when they need someone to go after a suspected killer who’s been knocking off banks in a magic-enhanced crime spree.

Problems arise when Jake discovers the bad girl behind the robberies is an old friend, and he happens to know her magic is just as powerful as his, and the Feds have plunged Jake into a secret battle between powerful cartels of magic-users—a cartel whose ruthless leaders have decided that Jake is far too dangerous to live. . . .