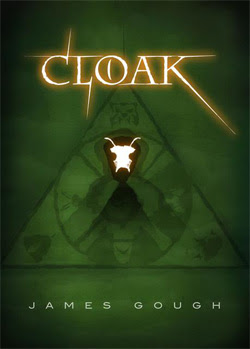 Thirteen-year-old bubble boy Will Tuttle lives a boring, friendless life trapped in a sterile Brooklyn apartment, suffering from mysterious allergies no doctor can explain. Fed up with his pointless existence he breaks free of the sterile bubble to explore New York City, not expecting to return alive. Instead, Will discovers that his countless allergies have a single, bizarre source.

Suddenly Will is a target. When he’s chased through Central Park by a cloaked assailant, a misfit team of bodyguards shows up to keep Will Tuttle alive. . . . And teach him how to blend into a society that isn’t supposed to exist. James Gough was born in the Rockies, raised in the Dakotas, schooled in a mountain desert, trained south of the border and wooed by the big apple. He now lives in a forest near a great lake with three bright daughters, a brilliant wife and a dim-witted dog.

James has been an actor, an artist, an athlete and an advertiser. He’s thrilled to add author to his list. Besides writing, he loves to teach, is obsessed with strange foods and has always been an avid people-watcher. 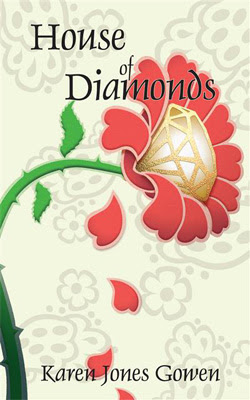 In this sequel to Gowen’s debut novel, Uncut Diamonds, she follows sisters Cindy and Marcie as they reach a crossroads in their lives.

Marcie pursues her dream of becoming a published writer while Cindy faces a terrible tragedy.

Through faith, loss and the transcending nature of sacrifice, Marcie and Cindy must learn the incredible power that comes to families when they pull together to overcome challenges.

Two women, one facing opportunity, the other tragedy. Can their bond endure? 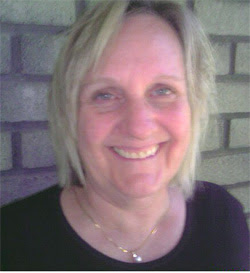 Karen Gowen: Born and raised in central Illinois, the daughter of a second-generation Methodist minister, I now live in South Jordan, Utah with my husband and three of our ten children. We have a back yard overgrown with fruit trees, vegetable garden and wildflowers, as well as a pond full of koi. I love to read, knit and watch Woody Allen movies. I graduated from BYU with a degree in English and American Literature. I’ve been writing for most of my life, published a few newspaper articles and sold a few stories to the Friend. The past few years I have finally been able to devote more time to writing.

The Scholar of Moab by Steven L. Peck 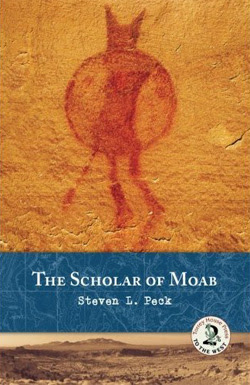 What happens when a two-headed cowboy, a high school dropout who longs to be a scholar, and a poet who claims to have been abducted by aliens come together in 1970’s Moab, Utah? The Scholar of Moab, a dark-comedy perambulating murder, affairs, and cowboy mysteries in the shadow of the La Sal Mountains.

Young Hyrum Thane, unrefined geological surveyor, steals a massive dictionary out of the Grand County library in a midnight raid, startling the people of Moab into believing a nefarious band of Book of Mormon assassins, the Gadianton Robbers, has arisen again.

Making matters worse, Hyrum’s illicit affair with Dora Tanner, a local poet thought to be mad, ends in the delivery of a premature baby boy who vanishes the night of its birth. Righteous Moabites accuse Dora of its murder, but who really killed their child? Did a coyote dingo the baby? Was it an alien abduction as Dora claims? Was it Hyrum? Or could it have been the only witness to the crime, one of a pair of Oxford-educated conjoined twins who cowboy in the La Sals on sabbatical? 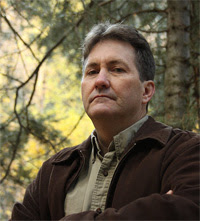 Steven L. Peck is an evolutionary ecologist at Brigham Young University where he teaches the philosophy of biology. His scientific work has appeared in American Naturalist, Newsweek, Evolution, Trends in Ecology and Evolution, Biological Theory, Agriculture and Human Values, Biology & Philosophy, and co-edited volume on environmental stewardship. His creative works include a novel: The Gift of the King’s Jeweler (2003 Covenant Communications); His poetry has appeared in Dialogue, Bellowing Ark, Irreantum, Red Rock Review, Glyphs III, Tales of the Talisman, Victorian Violet Press, and other places. He has published a number of science fiction stories. This year, he was nominated for the 2011 Science Fiction Poetry Association’s Rhysling Award. Other awards include the Meyhew Short Story Contest, First Place at Warp and Weave, Honorable Mention in the 2011 Brookie and D.K. Brown Fiction Contest, and Second Place in the Eugene England Memorial Essay Contest.


Two Souls Are Better Than One by Karen E. Hoover 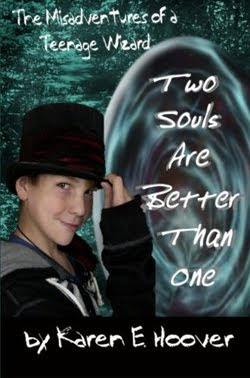 Barely thirteen, Jeremy James Johansen has had more than his share of trouble. His father disappeared without a trace and the police believe he murdered his lab assistant, though his son knows it isn’t true. His dad can’t even handle a knife, let alone a bow and arrow.

A year later Jeremy stumbles across a portal to another world and gets pulled through—but not as himself. Somehow he swaps bodies with the man on the other side before the portal disappears.

Captured by a dragon and a man in black who insists on calling him father, he tries to escape, only to plummet to his death. He awakens in his own bed, believing it was all a bad dream. The problem is there are holes in his memory he can’t fill.

In time, he discovers that the portal holds the answers not only to his forgotten memories, but most importantly, points him down the path to finding his father. 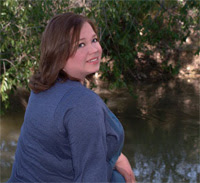 Karen E. Hoover has loved the written word for as long as she can remember. Her favorite memory of her dad is the time he spent with Karen on his lap, telling her stories for hours on end. Her dad promised he would have Karen reading on her own by the time she was four years old … and he very nearly did. Karen took the gift of words her dad gave her and ran with it. Since then, she’s written two novels and reams of poetry. Her head is fairly popping with ideas, so she plans to write until she’s ninety-four or maybe even a hundred and four.

Inspiration is found everywhere, but Karen’s heart is fueled by her husband and two sons, the Rocky Mountains, her chronic addiction to pens and paper, and the smell of her laser printer in the morning.

Wasatch: Mormon Stories and a Novella by Douglas Thayer 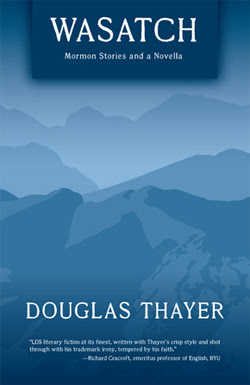 Douglas Thayer’s third collection presents a dozen of his career-best stories, including several that have never before appeared in print.

Wasatch is the next chapter in Thayer’s recent literary success, preceded by Hooligan, his landmark memoir about growing up Mormon in Provo, Utah, and by his acclaimed novel The Tree House, about the trials and redemption of missionary and soldier Harris Thatcher.

To enter to win one of these books, use the form in the sidebar. One entry per person per month. NO PURCHASE NECESSARY. You must be 18 years or older to enter. Limited to U.S. residents. Deadline to enter: January 31, 2012, midnight, Mountain Time. VOID WHERE PROHIBITED BY LAW. CLICK HERE to read the Official Rules.

One thought on “January 2012 Prize Sponsors”