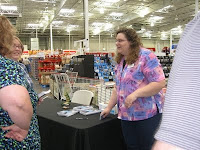 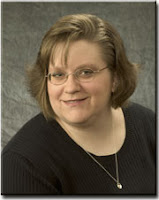 First, talk to your publisher. Sometimes they will set these up for you. I understand Valor did an amazing launch with five of their authors last night. Or, if they don’t usually do this, they might be willing to give it a try, especially if you do a lot of the legwork for them.

If your publisher is not at all interested, then this is when NETWORKING really earns back all the time and energy you’ve put into it. Hopefully you’re part of some writing associations (if you’re not, join some). Many of these associations sponsor a yearly conference and have author signings during the event. See if you can get in on that. Then, while there, get to know the other authors. Find who you really click with and those who have books that will complement but not compete with your book.

Talk to all your author friends and get a group of 3 to 5 authors committed to doing a group signing. It helps if one of the authors is established and has a name that pulls people in.

Designate the author with the best verbal/social/business skills to contact bookstores and set up signings. Pick a theme—these signings work best if you can turn them into a party. Have posters and bag stuffers made for the store. Do door prizes, maybe even cookies. (I always bring special treats and small gifts for the bookstore staff.) Brainstorm and come up with some fun ideas.

When it’s over, be sure to THANK the bookstore. Then build on your success. If your group of authors can pull in 100 people and sell books to all of them (or most of them) then the bookstore is going to think you’re the best thing since sliced bread and they’ll love working with you in the future.

It is so hard to get back into the swing of regular posts after the story contest. Especially since I’m eyebrow deep in reviewing and commenting on those stories, and reading Whitneys, and a few other things I’ve volunteered to help out with.

So today, I’m going for an easy question:

1What do you think of those giant book signings at Barnes & Noble and Borders, etc. where there are as many as 30 authors there at one time? 2Is that a good thing for a debut author? 3Wouldn’t my book be overshadowed by all the competition?

3. Maybe. But in reality, no matter how many authors are at your signing, your book is still competing against EVERY BOOK IN THE STORE. On the plus side, at these big events you’re going to get a lot more traffic at your table than you could generate by yourself. More traffic = greater potential to sell books. Yes, you may be a little fish but swimming in a bigger pond means you’re getting exposure. So dress nice, put on a smile, and go for it! (What have you got to lose? It’s not like those bigger fish will eat you!)

The following message was sent to me by a reader and since I’m all about promoting LDS books, I decided I would post it here. I may regret this if I get bombarded with everyone who wants to promote their business, but I’m taking a chance and hoping it won’t get out of hand.

I know you don’t usually do advertisements like this, but I thought perhaps you would make an exception in this case.

There is a new independent LDS bookstore opening this weekend, November 8th, in Pleasant Grove, Utah. It’s called Provident Book, and it’s located at 661 W State, Pleasant Grove. It’s just north of the PG Rodeo Grounds and in the same strip of shops as Timpanogos Cyclery.

As I’m sure you’re aware, it’s been a long time since there was an independent bookstore in this area and we’re excited to be opening it. We hope your readers that are local to us will come by for a visit and will support us in our efforts to make books by smaller presses readily available to the public. Of course, we’ll carry books from the “big guys” as well.

To celebrate our Grand Opening, we will have over 30 authors there signing books throughout the day. They will include David G. Woolley, H.B. Moore, Rachel Ann Nunes, Jennie Hansen, Michelle Ashman Bell, N.C. Allen, Julie Coulter Bellon, Tristi Pinkston, and Angela Hallstrom—just to mention a few. You can find a full list and the schedule here.

Our store will also carry a fabulous line of toys and games for all ages, LDS CDs and DVDs, and lots more. For a sneak peek, you can visit my personal blog. You’ll also find a printable coupon for 25% off any one item there.

I hope all your readers in the Utah County area will come by and visit—and bring their Christmas shopping list. You will be amazed by what we have!

Thanks (in advance) for helping us spread the word.

P.S. LDSP—if you come to the store and reveal your true identity, I’ll give you an extra discount. 🙂

How does an author set up a book signing?

If, however, you have a relationship with a particular bookstore—know the manager, employees, or buy enough books that they know who you are and greet you by name when you walk in the door—then just ask them if they’d be willing to do a signing and what they need from the publisher (usually free returns, posters, etc.) and from you (varies). Then let your publisher call them and work out the details.

And before anyone says, “I’m willing to do whatever it takes, but my publisher just won’t work with me on the book signings,” read this and this and this.

An LDS publisher recently requested to see a rewrite of my novel. (Hang on. Is that “An” or “A” LDS publisher? I’m going with “An” since it sounds better.) [Say it aloud and use the one that fits.] Obviously they haven’t offered a contract, but for the sake of fantasizing, I’m going to pretend they will. Since I don’t live in Utah, how will this affect the marketing of my book? For example, book signings, school visits, etc. Also, are LDS publishers wary of taking on authors who live outside of Utah for this very reason? Thanks in advance!

Since the huge majority of LDS books and products are sold in the Utah/Idaho corridor, living somewhere else means you won’t have easy access to multiple promotional signings. It also means you won’t be able to do co-op events with other LDS authors–like workshops or community events or Ladies Night at Deseret Book before conference. Unless, of course, you’re willing to drive/fly out for a week or two and hit all the bookstores who’ll have you. (That will probably not be paid for by your publisher, so think about taking a working family vacation.)

If there’s an LDS bookstore in your area, we will set up a signing for you there and at any other local bookstores that will let us in. If you’re going on vacation to an area that has LDS bookstores, we can try to set up a signing. You can also do RS workshops or firesides locally and within neighboring wards/stakes.

You’re on your own with schools, as is every author. Living in Utah doesn’t mean an automatic pass into the schools. It depends on the type of presentation you’ll give, the content of your book and your connection with the school.

Pretty much anything else can be done regardless of where you live–thanks to the magic of telephone, fax, Internet, and good ‘ole USPS. Radio shows, book reviews, websites, blogs, online interviews, press releases, postcards, catalogs, etc. can all be done no matter where you live.

So, no. Publishers won’t turn you down if you live outside Utah as long as you’re willing to make the effort and do what is within your ability and budget to help promote your book.

No, I don’t mean serve ice cream at your book signing. I mean, if you’re going to do a book signing, make it feel like ice cream.

About the comment that publishers don’t want to make the effort to set up signings…uhm, yes and no. Here’s the deal. Let’s say we have 100 authors who all want to do a book signing tour (as in, half a dozen signings each) and they’re scattered all over the U.S. If every bookstore we call says yes, that’s 600 phone calls we have to make, at about 15-30 minutes each, so we’re looking at 150 to 300 hours JUST TALKING TO THE BOOKSTORES!

And if averages hold true, we’re going to only sell a handful of books at each one.

So that’s why publishers aren’t super-hyped about setting up book signing tours and why, if you want one, you’re going to have to do a lot of work yourself.

The exception to this is if the publisher can showcase a group of authors at the same signing–for example, getting a bookstore to do a book signing day where we have maybe a dozen or more authors show up throughout the day to do the signings. Then it becomes a party–ergo, the a la mode reference.