Isabelle Webb: Legend of the Jewel by N.C. Allen 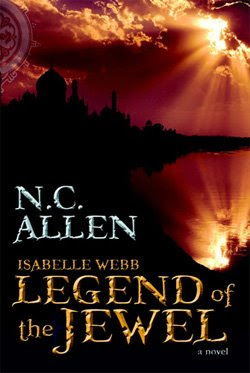 Former Pinkerton spy Isabelle Webb needs a vacation. The broken leg she suffered while trying to warn President Lincoln of his impending assassination has mended a little, but her grief over his death has not. She and her young charge, Sally Rhodes, have an open itinerary when they board a steamer ship to Bombay. But upon meeting Utah blacksmith James Ashby, the two women opt to join the search for his younger brother Phillip, who’s traveling abroad with the ill-reputed Thaddeus Sparks in search of a mystical treasure. Upon arrival in India, other passengers are also interested in taking up the search. But the seeming good will of some soon turns dark on the streets of Bombay. As murder and kidnapping tears the group apart, James and Isabelle race to uncover the hidden motives and harrowing connections that threaten not only Phillip’s life, but also their own. First in N.C. Allen’s new series, this tale’s cunning characters and twisting plot will wrap you tightly in the action, intrigue, and romance surrounding the Jewel of Zeus.

Nancy Campbell Allen has a total of nine published novels, including her popular Faith of Our Fathers series. She has a degree in Elementary Ed and is the mother of three. 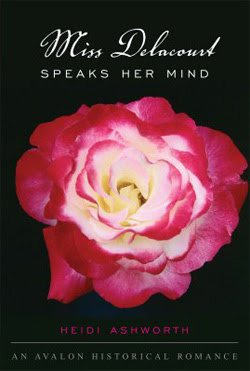 When the dowager duchess of Marcross insists he
accompany her niece, Ginny, into the country for the day to execute a special task, Sir Anthony is appalled, to say the least. Ginny, who thinks little of the fashionable Sir Anthony, is as eager to be done with the chore as he, but before they arrive at their destination they are stranded by highwaymen and launched into adventure.

Forced into each other’s company, Ginny begins to sense the passionate nature beneath Sir Anthony’s mask of ennui, while his exasperation with the forthright Ginny turns into admiration of her wit and charm. Then beautiful Lucinda Barrington and Lord Avery, a poet, come onto the scene, sparking Ginny’s imagination and revealing a way to unmask the true man behind Sir Anthony’s frivolous facade. Meanwhile, the dowager duchess has plans of her own for this pair, and her special task turns into a battle of words, wills, and wit. 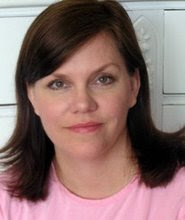 Heidi Ashworth. I’m a SAHM (my husband thinks it means Still A Hot Mama) with three children. In spite of all the challenges life throws at us, we do our best to laugh at the bad and accentuate the good. 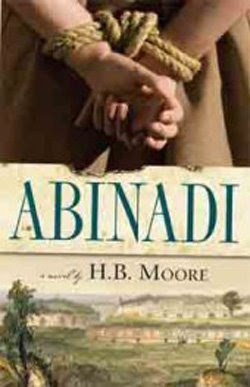 Raquel has a secret. As the daughter of one of King Noah’s priests, she enjoys a luxurious life and the admiration of powerful men. But her heart belongs to a commoner, a man with no earthly wealth but rich heavenly gifts. When King Noah demands that Raquel join his harem, she flees the only life she has known and marries her secret love. His name is Abinadi.

The couple finds abundant joy in their community of believers and in their firstborn son. But when the Lord calls Abinadi as His prophet, their faith is tested to the outermost limits. Abinadi’s commitment to the Lord requires them both to give their all—even unto death. Yet if Alma, the newest priest in King Noah’s court, chooses to overcome his troubled past and cleave unto the truth, their sacrifice may yield rich fruit.

With vivid detail and poignant emotion, this historical novel pulls readers into a fiery tale of love, courage, and faith that is difficult to put down and impossible to forget. 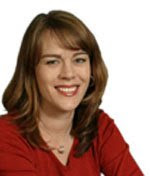 Heather Moore was born in Providence, Rhode Island, but spent most of her childhood in Orem, Utah. During these years, her family traveled back and forth between the Middle East and Utah. At the age of eight, while living in Egypt, she was baptized in the Red Sea. Heather attended the Anglican School of Jerusalem from 1987-88, and returned again to Jerusalem with her husband in 1994.

Heather graduated from Brigham Young University with a major in Fashion Merchandising and minor in Business Management. This has nothing to do with writing books, but at least she can color-coordinate her kids school clothes and balance a mean checkbook.

Heather is a member of the League of Utah Writers and LDStorymakers. She also manages the editing company, Precision Editing Group, LLC.