The Stranger She Married by Donna Hatch 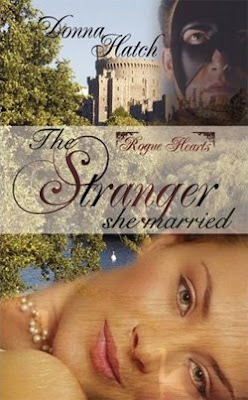 When her parents and only brother die within weeks of each other, Alicia and her younger sister are left in the hands of an uncle who has brought them all to financial and social ruin. Desperate to save her family from debtor’s prison, Alicia vows to marry the first wealthy man to propose. She meets the dashing Lord Amesbury, and her heart whispers that this is the man she is destined to love, but his tainted past may forever stand in their way. Her choices in potential husbands narrow to either a scarred cripple with the heart of a poet, or a handsome rake with a deadly secret. Cole Amesbury is tormented by his own ghosts, and believes he is beyond redemption, yet he cannot deny his attraction for the girl whose genuine goodness touches the heart he’d thought long dead. He fears the scars in his soul cut so deeply that he may never be able to offer Alicia a love that is true. When yet another bizarre mishap threatens her life, Alicia suspects the seemingly unrelated accidents that have plagued her loved ones are actually a killer’s attempt to exterminate every member of her family. Despite the threat looming over her, learning to love the stranger she married may pose the greatest danger to her heart. (Read review at Night Owl Romance.) 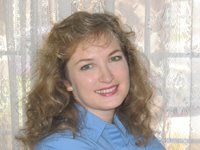 Donna Hatch has had a passion for writing since the age of 8 when she wrote her first short story. During her sophomore year in high school, she wrote her first full-length novel, a science fiction romance. She wrote her second novel during her senior year, a fantasy romance. Needless to say, English and Creative Writing were always her favorite subjects. In between caring for six children, (7 counting her husband) she manages to carve out time to indulge in her writing obsession, with varying degrees of success, although she writes most often late at night instead of sleeping. A native of Arizona, she is currently a member of the Desert Rose Chapter of Romance Writers of America and a member of Beau Monde, a Regency Chapter of RWA, as well as the LDS writer’s group, ANWA, or American Night Writers Association. And yes, all of her heroes are patterned after her husband of 20 years, who continues to prove that there really is a happily ever after. 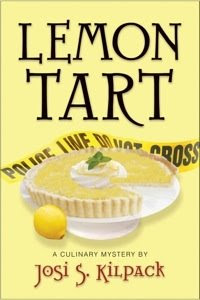 Cooking afectionado-turned-amateur detective, Sadie Hoffmiller, tries to solve the murder of Anne Lemmon, her beautiful young neighbor—a single mother who was mysteriously killed while a lemon tart was baking in her oven. At the heart of Sadie’s search is Anne’s missing two-year-old son, Trevor. Whoever took the child must be the murderer, but Sadie is certain that the police are looking at all the wrong suspects—including her!

Armed with a handful of her very best culinary masterpieces, Sadie is determined to bake her way to proving her innocence, rescuing Trevor, and finding out exactly who had a motive for murder. Read chapter 1 here. 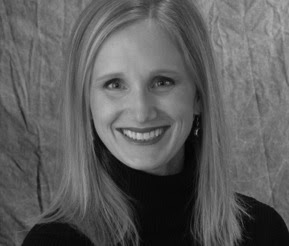 Josi is the author of ten novels, including Sheep’s_Clothing, winner of the 2007 Whitney Award for Best Mystery/Suspense. She loves to hear from her readers and can be reached at Kilpack@gmail.com