In the Company of Angels by David Farland 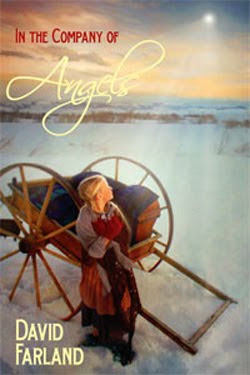 A test of the spirit. A triumph of faith.

A luminous tale that breaks our hearts and sets our souls soaring.

David Farland’s moving masterpiece echoes the drama of Gone with the Wind and the glory of Ghandi, sweeping from the green fields of Denmark to the icy peaks of the Rockies in a saga that elevates and enriches all those who read it.

In the Company of Angels centers on Eliza Gadd, the feisty, sophisticated wife of a Mormon bishop. When her husband answers his leader’s call to abandon his cottage in England and settle in the Rocky Mountains, Eliza’s world comes apart. She may help her husband pull a handcart with everything that they own across the plains of Utah, but she can’t bring herself to bow to a god she doesn’t believe in.

Stalled by setbacks, the pioneers find themselves forced to take their journey perilously late in the season. The lives of Eliza’s children hang in the balance. But how can she reason with people who believe they are in the hands of angels, that their faith can turn back storms, and that their leaders, like the Apostles of old, have the power to raise the dead?

Based on the true story of the Willie Handcart Company of 1856, In the Company of Angels unfolds the triumphant tale of pioneers who struggle against unendurable hardships—persecution, buffalo stampedes, rampaging Indians, lingering starvation, and the early onset of the coldest winter in US history—to find the gentle homeland of the soul. 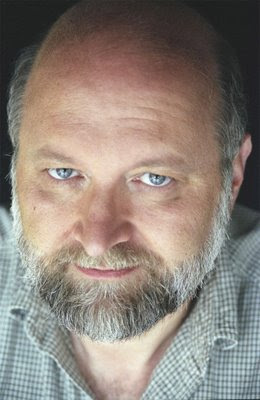 Dave is an award-winning, New York Times bestselling writer in two fields. As Dave Wolverton, he began his writing career in 1987 when he won the Writers of the Future Gold Award for his short story, “On My Way to Paradise,” and shortly afterward was given a three-novel contract by Bantam Books. His first novel spent several months on the Locus Science Fiction Best-seller List, and won a Philip K. Dick Memorial Special Award for being one of the best science fiction novels of the year. Dave continued writing science fiction for the following ten years, writing several bestsellers, until at the end of ten years he decided to follow his childhood dream of writing fantasy, and moved into a new genre. With the move, he changed his writing name to David Farland, so as not to confuse his readers. His first fantasy novel, The Runelords, became a runaway hit around the world and has millions of readers. The third book in the runelords series, Wizardborn, hit the New York Times best-seller list.

Over the years, Dave has won numerous awards for his short fiction in particular, and set a Guinness Record for the world’s largest booksigning–a record that he still holds. In 1991, Dave became a judge for one of the world’s largest writing contests, the L. Ron Hubbard Writers of the Future Contest, and for the next several years he read thousands of stories each year, edited an annual anthology, and taught writing classes to new writers.

To date, Dave has written and edited nearly fifty books. These include novels for adults, young adults, anthologies, middle-grade readers, and picture books. 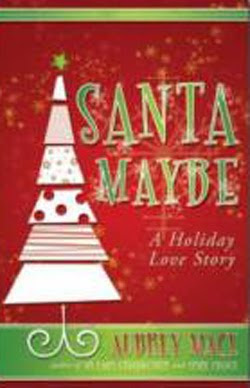 I’ve been a good girl this year. (Well . . . pretty good.) I have a nice life and there’s only one thing that I really want—one thing that’s missing. If you happen to have an extra one lying around your workshop, I would really like a husband. I promise to take good care of him.

With a successful bakery to run, super cute nieces and nephews to spoil, and plenty of good friends to keep her company, Abbie’s not about to start crying over the fact that she doesn’t have a boyfriend to spend Christmas with. But when her sister convinces her to write a note to Santa, Abbie has no idea that a little Christmas magic is about to land her the man of her dreams. Or rather, that man is about to land smack dab on the floor in front of her Christmas tree with no memory of how he got there.

Now Abbie and Ben have to figure out where he came from, who he really is, and if he’s actually available. 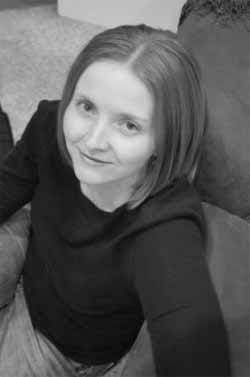 Aubrey Mace: I live in Sandy Utah where I have been writing stories for most of my life. In retrospect, the fact that I was secretly scribbling short stories during my medical coding class probably should have been a clue that coding was not my first love.

I graduated from Jordan High School and also attended LDS Business College and Utah State University. I wrote my first Official Short Story of a Certain Length while I was attending Utah State. In addition to Santa Maybe, I have two other published books: Spare Change and My Fairy Grandmother.

I still earn my living in the medical field and when I’m not busy with my day job, I divide my hours between working on my next book and spending time with my wonderful family. I enjoy cooking, traveling, gardening, playing the piano and cello, and last but certainly not least, reading.