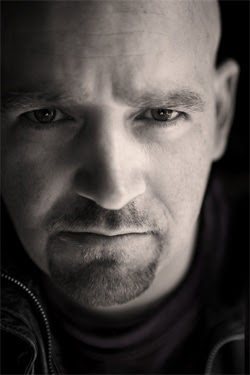 I am often asked how I come up with my ideas. The answers range. For my book RUN, I visited a working silver mine and decided that I had to write a book that had a chase scene set in a mine.

For my young adult novel Billy: Messenger of Powers, I got the idea when my wife told me in no uncertain terms that if I didn’t write something that did NOT involve people running away from serial killers, ghosts, or other malcontents (i.e., she wanted something she could read without having to put the police on speed-dial and turning on all the lights in the house first), she was going to divorce me. I took those words to heart, and wrote Billy: Messenger of Powers. So apparently ideas can come from a variety of places, and be fruitful and effective.

There is another question I am occasionally asked, however, that fascinates me even more than “How do you get your ideas?” That question is: “How do you write about such (at times) horrific things… and still claim that you are a religious person?”

I am a deeply religious person. I go to church every single week, I have held numerous ecclesiastical positions, and I even served as an unpaid, full-time missionary for my church. So it is no surprise (to me at least) that my faith colors everything I do… even when I’m writing about a serial killer.

Often, in fact, both the villains AND the heroes of my works are people “of faith.” Again, using the book RUN as an example, one of the heroes is a man named Adam (yes, the biblical name is on purpose) whose sole purpose is nothing less than securing the safety of humanity as a species. In so doing, he is constantly faced by choices that he must answer within his moral framework.

On the flip side of the coin, the antagonist of the book is a man named Malachi (again, not a coincidence), who views it as a mission from God to destroy all life on the planet. Together, these men serve as a kind of spectrum of theological thought, and allow me to treat religious questions from within the framework of (hopefully) an exciting novel.

Not that RUN is preachy. At least, I hope it isn’t. But I have found that as a writer, it is not only a fruitless quest to “divorce” myself from my spirituality, it actually makes for a much more interesting, layered book when questions of faith and belief are discussed. Most people, in the U.S. at least, still count themselves as people with some religious or spiritual belief, and so adding that dimension to my characters not only makes them more accessible, but more interesting and real.

Not only that, but using faith as a foundation for my writing allows me to draw on deep spiritual archetypes that would otherwise be unavailable to me. In Billy: Messenger of Powers, the main character is a young boy who discovers that he is the key player in a war between two sets of magical camps: the Dawnwalkers, who fight to perserve humanity’s freedom of choice; and the Darksiders, whose goal is to enslave all “normal” people. This consciously mirrors a key tenet of my own belief system: that God exists to give people freedom and allow them to discover their potential as His children, while the devil’s key aims are and always have been to bind human beings in chains of sin and misery. This belief is mirrored by many people globally, and having it in my story allows me to tap into subconscious beliefs that my reader’s have. This not only props up the plot of Billy: Messenger of Powers, but make it a better, deeper, and ultimately more thought-provoking and enjoyable read.

There are those who argue that the arts should be more secular – one only has to take a look at the average television network lineup to see how much religion has been stripped out of our daily lives when it comes to entertainment. But I think that art serves its best purposes when it reflects the purposes and values of the ultimate Creator. That is not to say that I believe everything has to be shiny and happy, or that every story can only have “good” people in it (I’m pretty sure that even the Bible has a bad guy or two in it).

But I DO think that it is our responsibility as artists and our privilege as children of God to create things that empower, edify, and enlighten. And the best way to do that is not to deny faith, but to embrace it and make it a living, breathing part of all that we do.

Michaelbrent is a bestselling novelist whose books RUN and Billy: Messenger of Powers have been amazon.com bestsellers. He is also a produced screenwriter and member of both the Writers Guild of America and the Horror Writers of America. His blog is at http://michaelbrentcollings.com/blog2.html, and you can follow him on Facebook at http://www.facebook.com/pages/Michaelbrent-Collings/283851837365 or on twitter @mbcollings.