The Book of Jer3miah: Premonition by Luisa Perkins and Jared Adair 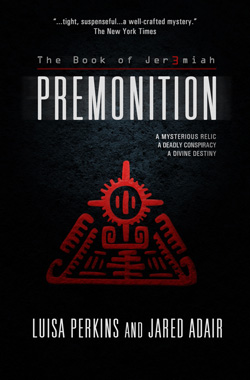 When college freshman Jeremiah Whitney accepts the charge of a mysterious Mesoamerican box, it makes him the target of a terrifying conspiracy. As he tries to uncover the truth about the box, more questions arise and the stakes get higher.

From the murder of his parents to the revelation of his own adoption, Jeremiah discovers that the more he learns about the box, the less he knows about himself.

Will he be able to discover the secret of the box before more people die?

Or will he be the next to disappear?

It is a race against time… 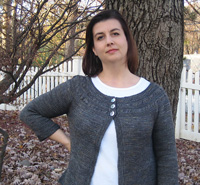 Luisa M. Perkins graduated from Brigham Young University, and is the author of several short stories and essays. She has been a member of the Whitney Awards Committee for the past two years. She also served a French-speaking mission in Montreal. She and her husband, Patrick, live with their six children in New York’s Hudson Highlands.

Jared Adair is a pseudonymous conspiracy theorist, hacker, and corporate whistleblower. He is the unofficial leader of the anti-GDT movement, The Davenport Papers, a community committed to “bringing the truth to light by exposing the atrocities committed by multinational conglomerate Gainsborough Dahl Transglobal.” Little else is known about Adair beyond his online presence and his associations with the missing Dr. Calbert Davenport.

Braving the Blaze by Cindy A. Christiansen 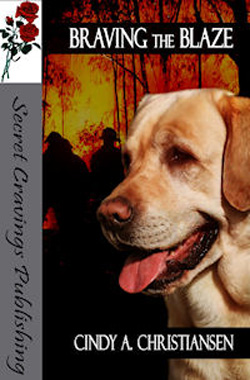 Single-minded Dean Harward is going to become a veterinarian if it kills him. He’s worked summers as a volunteer wildfire fighter to earn money for college. Just his luck, a pyrophobic woman gets assigned to his team. He’s certain she’ll get him killed before he can graduate.

Ginger Warby is a walking firestorm as accidents continually spark around her. Or are they accidents?

Can Dean keep the flames of desire he reluctantly feels for her under control long enough to keep them and his Golden Labrador alive? 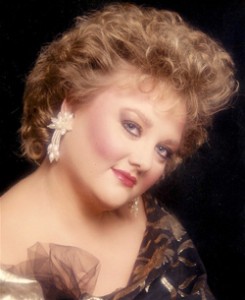 Cindy A. Christiansen writes sweet romance with comedy, suspense…and dogs! She is a member of National Romance Writers of America, the on-line Kiss of Death chapter and The League of Utah Writers. Cindy lives in Utah with her supportive husband, two very special autistic boys and two rowdy dogs. All of her books include dogs because life wouldn’t be life without them. She is currently working on another novel and hopes she can be an inspiration to other challenged writers to live their dreams. She donates both time and money to organizations that support abused and abandoned dogs.

Book two of the Sergey Chronicals and the sequel to Ganwold’s Child.

Tristan is now a soldier reunited with his family. Tristan and Lujan Sergey, commander of the Special Forces and the father Tristan has never known, try to find some common ground on which to build a relationship.

The universe is just opening up for Tristan when a new crisis occurs and he is pressed to volunteer for hazardous return to service. The alien masuk slavers are about to attack the Issel system and only Tristan, once held captive there, knows the planetary defenses.

Diann Thornley Read: Originally from Smithfield, Utah, Diann  wrote her first story at the age of five and never stopped writing. She taught herself to type on her father’s ancient manual typewriter at the age of six because it was faster than pushing a pencil. Ganwold’s Child, her first science fiction novel, took seven years and countless revisions to complete, due to entering the U.S. Air Force. Diann retired from the Air Force in June 2009 to return to her writing career. She is now working on a military space fantasy series called The Seventh Shaman. 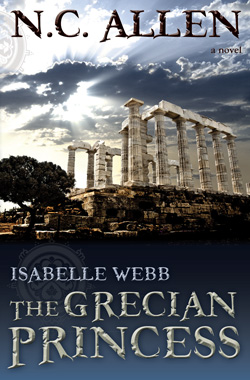 The sun burns brightly over the ancient isle of Greece as former Pinkerton spy Isabelle Webb returns for her most rousing adventure yet.

Legend has it that the location of a fantastic treasure is revealed only when three mystical jewels are united. In an effort to locate the elusive trove and the power it promises, shadowy organizations and greedy men have tirelessly pursued the three hidden stones for centuries. Isabelle and her trusted companions — including her dashing fianceé, James Ashby — are in possession of one of these legendary jewels, while nefarious treasure hunter Thaddeus Sparks retains another. The third stone, the Jewel of Hades, is rumored to be concealed on the rocky shores of Greece.

As good and evil converge on this fiery island, the final battle for possession of the jewels — and their anciently protected secret — begins. When events take a deadly turn, Isabelle must rely on her keen instincts and indomitable spirit as dastardly forces threaten to make her first Greek expedition her last. 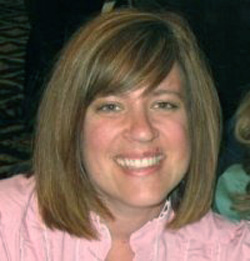 Nancy Campbell Allen has a total of eleven published novels, including her popular Faith of Our Fathers series and the Isabelle Webb series. She has a degree in Elementary Ed and is the mother of three. 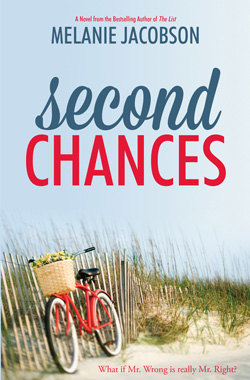 After walking out of a thankless job at a prestigious marketing firm, feisty California entrepreneur Louisa Gibson is going into business for herself. Lou’s pioneering venture, The Mormon Bachelor, is a reality dating web series sure to be fabulous advertising for her new marketing firm. And as a bonus, she can solve a problem close to home: while Huntington Beach is crawling with eligible, sun-bronzed Saints, they’ve forgotten the vital skill of dating. Lou hopes the reality show will finally inspire this group of hangout enthusiasts to pair off. But shortly before filming begins, the unthinkable happens—Trentyn, a.k.a. The Bachelor, gets a girlfriend. And Lou needs a new leading man—fast.

Enter Nick, Lou’s devastatingly handsome ex-boy- friend. He’s the stereotypical actor: shallow, self-serving . . . and perfect for the job. A whirlwind of dating ensues, with Nick at the center of it all. Things are going according to plan—that is, until Lou is forced to step in as a substitute bachelorette, becoming an unwitting cast member on her own show. Despite Nick’s attempts to reestablish their friendship and the growing spark between them, Lou is determined to keep her distance. The show must go on—but what’s a girl to do when the Mr. Wrong of the past just may be the Mr. Right of the future?

Melanie Bennett Jacobson is an avid reader, amateur cook, and champion shopper. She consumes astonishing amounts of chocolate, chick flicks, and romance novels. After meeting her husband online, she is now living happily married in Southern California with her growing family and a series of doomed houseplants. Melanie is a former English teacher and a popular speaker who loves to laugh and make others laugh. In her down time (ha!), she writes romantic comedies for Covenant and maintains her humorous slice-of-life blog.

Where the River Once Flowed by Jennie Hansen

New Mexico, 1879—The Sebastian Hacienda is a lucrative and coveted ranch deep in the fertile wilderness of New Mexico, a property held for generations by the powerful Sebastian family. After the death of his son and heir, proud and formidable Don Sebastian has only one hope for the preservation of his land: his beautiful young granddaughter, Iliana. Desperate, he makes a shocking deal—the property will be sold to Ross Adams, an American cowboy, on the condition that he marry the stunning young Iliana and bequeath the land to her sons. A bargain is struck, but not everyone is pleased with the outcome. Neighboring rancher Ben Purdy has his eye on pretty Iliana—and on ownership of the Sebastian Ranch. In his ruthlessness, Purdy is willing to go to terrible lengths to acquire them both, even if it means destroying everything in his path . . . Utah Territory, 1891—Travis Telford was born to be a cowboy. He left his family to chase the dream of someday owning his own ranch, but years of nomadic living as a ranch hand have proven taxing. After several seasons of horse trading with the American owner of the Sebastian Ranch, Travis finds his life dramatically altered by a routine stop at the property. He finds the ranch in chaos and the rancher’s beautiful widow Iliana in the midst of a turbulent land battle. His instinct to protect Iliana is undeniable, and as the danger mounts, only their reliance upon each other has the power to save them.